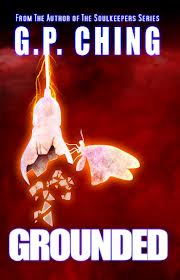 "All my life I've worked to be simple, but I can't pretend anymore. Nothing about me is simple."

In the year 2050, a secret government study nicknamed Operation Source Code injects eight volunteers with a retrovirus. The goal? To abate the energy crisis by reprogramming human DNA to power personal electronic devices. The experiment works but with disastrous consequences.

Seventeen years later, Lydia Troyer is far from concerned with the energy crisis. Growing up in the isolated community of Hemlock Hollow, life hasn't changed much since 1698 when her Amish ancestors came to America. She milks her cow by hand, makes fresh bread every morning, and hopes to be courted by Jeremiah, the boy who's been her best friend since she could walk.

But when Lydia's father has a stroke and is taken to the outside world for medical treatment, Lydia and Jeremiah leave Hemlock Hollow. An ordinary light switch thrusts Lydia into a new world where energy is a coveted commodity and her own personal history makes her the most sought-after weapon on the planet.

G. P. Ching is best known, thus far, for the Soulkeepers series. 'Grounded' is the first book in an exciting new trilogy. While dystopian books are not always for me, I was drawn to this one because the main character, Lydia, is being brought up in an Amish community. I love the idea that the Amish will still be practicing their ways in the year 2067. I am also a sucker for Amish stories, and love the idea of the new paranormal/supernatural/dystopian twists using them.

Lydia was rescued as a baby and was whisked away to the Amish preservation, never knowing what she really was. After her father takes ill, she and Jeremiah, her best friend and expected future suitor, go ahead with their Rumspringa plans. As soon as they get there, though, Lydia's true gift is accidentally revealed, and she is swept into a new world and is running for her life. She finds a new connection with Korwin, one who is just like her, which literally tugs at her heart. The connection with him, as well as everything happening in this Englisch world, causes her to struggle with her upbringing and what needs to be done. It is a situation I do not envy.

This book is electric. You are pulled into Lydia's story and keep on reading, trying to find out what happens next.I tried to figure out what I would do if I were in her situation. I am impressed by the strength she is able to find within herself.

The story comes to a comfortable ending, as opposed to one of those cliffhangers that trilogy authors seem to be so fond of creating. It leaves an opening for a sequel, because while it is a comfortable ending, you just know their story isn't finished. I look forward to finding out what happens in the rest of the series. I am also more eager now to check out some of her other books.