The Next to Last Mistake by Amalie Jahn

Welcome to the book blast for The Next to Last Mistake by Amalie Jahn! Please enjoy an excerpt from this young adult romance. Leave questions and comments for the author and then follow the tour for more excerpts and reviews. Plus you have more chances to enter the giveaway! 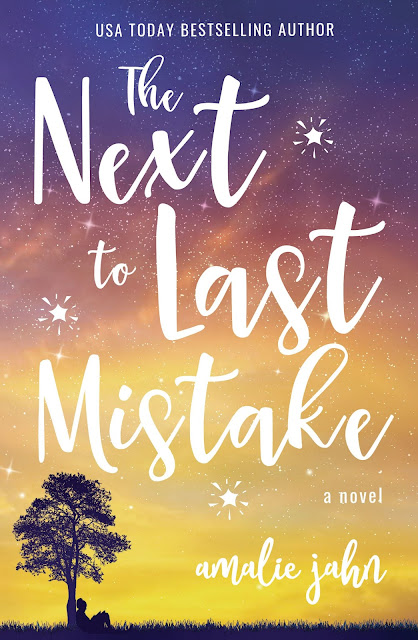 The Next to Last Mistake

Tess Goodwin’s life in rural Iowa is sheltered and uncomplicated. Although she chooses to spend most of her free time playing chess with her best friend Zander, the farm-boy from next door, her skills as a bovine midwife and tractor mechanic ensure that she fits in with the other kids at East Chester High. But when her veteran father reenlists in the Army, moving her family halfway across the country to North Carolina, Tess is forced out of her comfort zone into a world she knows nothing about.

Tess approaches the move as she would a new game of chess, plotting her course through the unfamiliar reality of her new life. While heeding Zander’s long-distance advice for making new friends and strategizing a means to endure her dad’s imminent deployment to the Middle East, she quickly discovers how ill-equipped she is to navigate the societal challenges she encounters and becomes convinced she’ll never fit in with the students at her new school.

When Leonetta Jackson is assigned as her mentor, she becomes Tess’s unexpected guide through the winding labyrinth of cultural disparities between them, sparking a tentative friendship and challenging Tess to confront her reluctant nature. As the pieces move across the board of her upended life, will Tess find the acceptance she so desperately desires?

I’m almost asleep, barely conscious of drifting off, when I’m startled by a noise outside my window. Before I have a chance to turn on the light and investigate, the sash slides open and someone steps into my room.

I hope beyond all hope I’m not dreaming.

“Zander?” I ask, not wondering if it’s him but why he’s here.

He’s all the way in the room now, standing at the foot of my bed. “Did I wake you?” he whispers.

“No,” I tell him. He blows into his hands, and I lift my blankets, inviting him under the covers to warm up.

“It’s colder than a polar bear’s butt out there.” He snuggles against me in my tiny twin bed like we’re still six-year-olds, camping outside in each other’s backyards. I wrap my arms around him, and he settles against my shoulder. “You left your own party.”

“It wasn’t really my party,” I say. “More New Year’s than anything else.”

“The cake was good. Red velvet. You would’ve liked it.”

There’s so much I want to say. Apologies I want to give. Promises I want to make. But the words are jumbled around in my head, and I’m afraid if I speak everything will come out all wrong.

“I didn’t have anyone to kiss at the ball drop,” he says eventually, and I wonder if whatever was in his Solo cup has gone to his head.

“Tina and Claire were there.”

He chuckles grimly and his voice turns serious. “We’ve been together every New Year’s since we were babies, you know that?” His words settle over me, and I strain under the weight of them. Heavier still is the burden of what he doesn’t say: And this might have been our last.

“I’m sorry,” I say, feeling the need to explain, “but it was so cold and I knew my dad was gonna need help with the herd and…”

He rolls over to face me, placing a finger over my lips. “It’s okay, Tess. I get it. It’s been hard being around each other for the past few weeks. I didn’t realize the anticipation of you leaving was gonna suck so bad. I didn’t know how horrible I was at long goodbyes.” Now he’s the one who’s apologizing. “I guess I didn’t know what else to do. I figured this day might be easier for both of us…”

“If you left me before I had the chance to leave you?”

“Something like that.” He sighs. “It wasn’t intentional. I guess I’ve been sorta messed up in my own head, thinking about not having you around. You’re the best part of my days.”

I blink back tears I don’t realize are already spilling down my cheeks. His admission is true for me as well—something we’ve always taken for granted.

“It’s only eighteen months, then we’ll both graduate and head to college together like we always planned. You and me. It’s not that long, right?”

“It’s not that long,” he agrees. “But it’ll never be the same, not having you right next door.”

His body is relaxed against mine, and I’m reminded of all the nights we spent together growing up, head to foot and back to back, me teasing him for his stinky feet and him making fun of my retainer. “Maybe someone better will move in here,” I laugh between sniffles. “Some Victoria’s Secret supermodel, schlepping around manure in waders and a thong.”

He chuckles, too, and I imagine him smiling in the darkness. “As tempting as she sounds, I still wouldn’t willingly trade you for her.”

There’s something unspoken in his words, a tiny invitation across a boundary we’ve never crossed. But I can’t cross it now. I won’t. There’s no reason to take something painful and make it complicated as well.

“I should go to sleep,” I tell him. “We’re leaving after the morning milking, and I gotta be alert enough to drive.”

He stirs under the covers and his warmth leaves my side. As he stands over me, silhouetted in the moonlight cascading through my window, I hear him sigh. Then, he leans down to place a kiss on my forehead like a father tucking in his child.

And then he’s gone, back through the window out into the night. I assume, in the wake of our farewell, it’s going to take me hours to fall asleep, but the next thing I know my alarm is going off, and it’s time to slide the chessboard of my past life onto the shelf and begin another match. 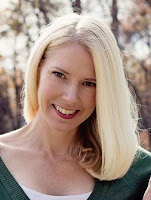 Amalie Jahn is a USA TODAY bestselling author of more than 8 young adult novels, including The Next To Last Mistake, her latest release (Light Messages Publishing 2019).

Amalie is the recipient of the Literary Classics Seal of Approval and the Readers' Favorite Gold Medal for her debut novel, The Clay Lion. She is a contributing blogger with the Huffington Post and Southern Writers Magazine, as well as a TED speaker, human rights advocate, and active promoter of kindness. She lives in the United States with her husband, two children, and three overfed cats.

When she's not at the computer coaxing characters into submission, you can find Amalie swimming laps, cycling, or running on the treadmill, probably training for her next triathlon. She hates pairing socks and loves avocados. She is also very happy time travel does not yet exist. Connect with her right here in the present day at these social media sites:

Visit amaliejahn.com to join Amalie’s FREE Readers Group and in addition to receiving promotional discounts, sneak peeks, and monthly newsletters, your membership will now grant you exclusive access to bonus material (shorts and novelettes) delivered right to your inbox!

Amalie Jahn will be awarding a $20 Amazon or B/N GC to a randomly drawn winner via rafflecopter during the tour.

a Rafflecopter giveaway
Posted by Andi at 3:00 AM 3 comments: