Growing Up Neighbors by Frances Hoelsema 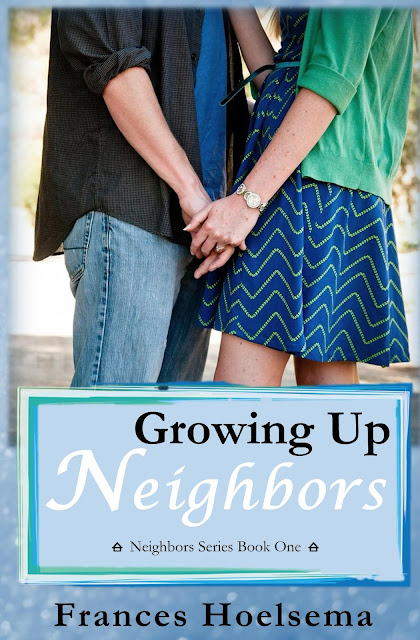 Little Deborah Harrington stared across the street the day the Michaels family moved in. Who was this family? Would she even like them?

Nicholas Michaels hated the fact he had to move away from everything and everyone in his life, but his feelings change when he meets the Harringtons. Deborah and Nicholas become the best of friends, and as the children grow up, their friendship deepens.

But when tragedy strikes, will this cause them to part ways? Or will it perhaps make them realize they may have stronger feelings for one another before it's too late?

“Looks like it’s just you and me,” Nicholas said with a smile and wink. “I’m going to get you!”

He took up a snowball and threw it her way, but missed.

“Ha-ha, you missed!” Deborah exclaimed as she stood there with her hands on her hips.

She then bolted away from Nicholas as fast as she could because she knew she had one coming.

Nicholas chased Deborah back to the rear side of the house. He didn’t even have a snowball in his hand because he decided to tackle her instead. He caught up with her, grabbed her by the waist and they both flew to the ground that was cushioned with what seemed like a foot of snow.

Deborah landed face first in the snow with Nicholas at first on top of her, but then to her side on his back. She brought her head up, brushed the snow off her face and spit out anything that got in her mouth.

“What was that for?” she asked as she looked in his direction.

Deborah playfully threw some snow on top of him for being so cocky. She didn’t like how cold and wet she was now, but did kind of like it when he grabbed her around the waist. Those thoughts gave her cheeks a little more color to them than what was there due to the frigid temps. She hoped Nicholas wouldn't notice.

Brushing those feelings aside, she just hung out there on the ground beside Nicholas for a few moments.

A few moments later, both of them, chilled to the bone, decided to call a truce and head inside to warm up and get some hot chocolate. They teased and giggled the whole way. 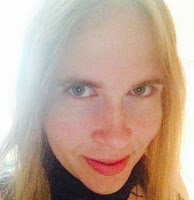 I am a wife and work-at-home, homeschooling mom of two boys residing in the great state of Michigan! I enjoy reading a feel-good romance, as well as writing my own stories that will inspire, put a smile on your face and make you feel all cozy inside. Sometimes I add a little crazy just to mix things up a bit, too.

A few of my favorites include hiking, kayaking, traveling, shopping, chocolate and cats. I love engaging with others through social media so feel free to connect with me!

Blog: http://www.franceshoelsema.wordpress.com/
Posted by Andi at 11:12 AM No comments: