The Never Dawn by R.E. Palmer 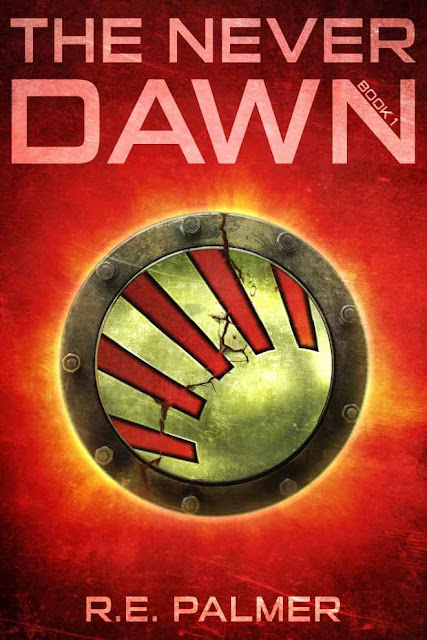 All his young life, Noah has longed to see the sky he's only heard about in stories. For over one hundred years, Noah and his people have remained hidden, toiling deep beneath the Earth to prepare for The New Dawn – the historic day when they will return to win back the land stolen by a ruthless enemy. When Rebekah, the girl of his forbidden desire, discovers a secret their leader has been so desperate to keep, Noah suspects something is wrong. Together, they escape and begin the long climb to the surface. But nothing could have prepared them for what awaits outside. 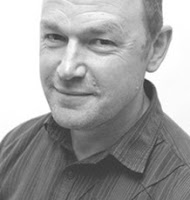 From an early age, developed a love of sci-fi, fantasy and horror. After writing a number of short stories since his late teens, he finally completed his first novel in 2012; SKY. The sequel, Stargazers, came out in June 2013. His latest project is a dystopian trilogy, The Never Dawn - the first book was published in August.
Posted by Andi at 2:34 PM No comments: 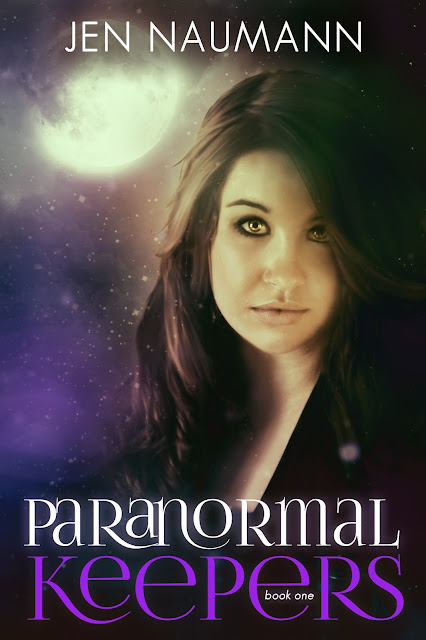 There’s no such thing as magic and monsters. Or so I once thought.

After a fateful night before my junior year that starts out as innocent goofing around with friends, strange shadows and mysterious noises seem to be everywhere and I’m starting to think something sinister was let into my life. When my boyfriend is brutally murdered, the police write it off as a freak accident, deciding my “strange” testimony is given under duress. I know whatever got to Gavin wasn’t human and I refuse to stop looking until I find his killer, even if it proves once and for all that there are monsters living among us.

With the discovery that ghosts, mothmen, witches, vampires and all supernatural beings are real, Harper Young finds herself amidst a complex bundle of unseen heroes who call themselves “Keepers," sworn to protect the secrets of the paranormal creatures that walk this earth. As she tries to understand what’s so special about her that she’s able to break an old Keeper law and attend Guardare Academy, Harper has a baffling vision of kissing a mysterious guy before a blade is brought down on him. Before she can get a handle on her future, she becomes central to a battle between the questionable “heroes” and the evil she’s been training to fight, leaving her to wonder if there’s any way to change the fate that has been foretold before it’s too late.

The Ouija board, decorated with skulls and strange symbols, is cracked and the letters are worn, like it’s something her parents either had as teens or found at a vintage shop. I’m not gonna lie, it’s creepy.

Jess pokes me in the arm. An eerie glow from the candles darkens her eyes, adding to the dread building in my chest. “Put your fingers on the planchette. I’ll ask the questions.”

“This thingy?” I ask, touching the pointer on the board.

“Duh.” Her eyes close for a beat before they flip back open, fixating on me without really looking at me. I squirm on the step. “Are there any spirits present?”

The planchette takes its sweet time sliding across the board before landing on “yes.” When I look back to Jess, her eyes are as wide as someone who has just received a high-voltage shock.

“Was that supposed to scare me?” I whisper, snorting. “You totally did that. I know how this works.”

Her resolve doesn’t fade with my accusation. She peers down on the board, lips trembling. “Are you a friendly spirit?”

Nervous, quiet laughter falls from some of the guys behind us. The planchette circles around the word “yes” once, then twice. My heart takes on a quicker speed until its erratic pounding fills my ears. If she didn’t seem uncharacteristically sincere, I’d swear she was moving it to mess with me.

“Holy shit,” she mutters under her breath. “It’s never done that before. I’ve always done this with my sister, and I know she’s the one moving it.” Again, she closes her eyes. “Spirit, can you move something to show us your presence?”

As we all watch closely, waiting for something to happen, my wild heartbeat rakes my chest until I’m unable to breathe calmly. All at once there’s a dull thud from somewhere in the dark. A few of the girls squeal. I nearly pee myself.

“My bad,” Alec calls out. “I tipped something over.” Brooke lets out a drunken cackle.

Jess presses her lips together, glaring down on the board. “Spirit, who among us will be the first to die?”

“Are you mental?” Brooke asks, sounding as freaked as I’ve become. “Why would you ask that?”

The warm temperature of the summer night plummets as quickly as the flip of a switch. I rub my arms, trying my best to ignore the creepy sensation inching up my back. A slight breeze flitters past, blowing my hair around my shoulders. Jess still has her eyes closed when the planchette moves from “yes” to the letter “G.” I snap my head back up to see Gavin, the only one whose name starts with that letter, shaking his head.

“Let me guess, it’s me?” Rolling his eyes, he laughs in a relaxed tone. “If I had known my time was up, I would’ve skipped going to school last year.”

The guys chuckle loudly behind him. My lips twitch when I try to smile along. But something crushes my chest, making it hard to breathe. “Jess, this isn’t funny,” I say quietly.

The planchette springs back to life beneath my fingertips, faster this time. Jess holds her hands up by her head with her eyes bulging. “Ohmigod, do you feel it?” she whispers.

Bile rises in my throat. There’s no way she could’ve manipulated the planchette. There’s only one way it could’ve moved. My eyes fall down to the board, finding the planchette resting on the letter “A.” It continues to move on its own accord beneath my hand, spelling out the rest of my boyfriend’s name. I yelp and snap my hands away before it reaches the “N.” The planchette flies off the board as if thrown, smashing into a nearby headstone and hitting the ground in pieces.

“What the hell?” Jess asks, holding her hands to her mouth. “Why’d you do that?”

The collective ragged breaths of our friends sound like a living being waiting to pounce.

Looking around at each of them, their stunned faces heighten my fear. Even Gavin looks unsure of how to console me. Something beyond our comprehension just happened, only we’re too terrified to admit it out loud. 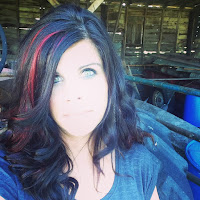 
Jen Naumann grew up in southern Minnesota as an addict of such flicks as Indiana Jones and The Goonies until she discovered John Hughes, and spent her high school days locked away writing love stories with a sci-fi twist. Married to a farmer in southern Minnesota, she tries to follow the madness of her four active children while balancing an imagination that never shuts down.

http://www.JenNaumann.net
Posted by Andi at 2:00 PM No comments:

Telemachus and Homer by Scott Locke 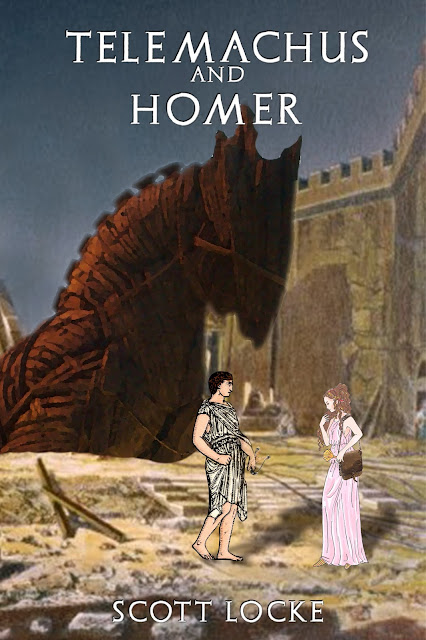 For every boy who grew up in his father’s shadow and every girl who has been underestimated, there comes a time to look within themselves to see if they have the strength to meet the challenges of the lives. For Telemachus this time arrives soon after Odysseus returns from his twenty year absence, when Telemachus comes to appreciate that his own life needs to be about more than waiting for his father to guide him. On the verge of embarking on an adventure, he learns that his community has been threatened and realizes that he does not know how to help. Swallowing his pride, he recognizes that Homer, a young blind woman is a necessary ally. Homer, like Telemachus, has something to prove, for although she is respected for her knowledge, she feels unfairly defined by her community. Together, as the people of Ithaca’s last hope, they begin their quest.