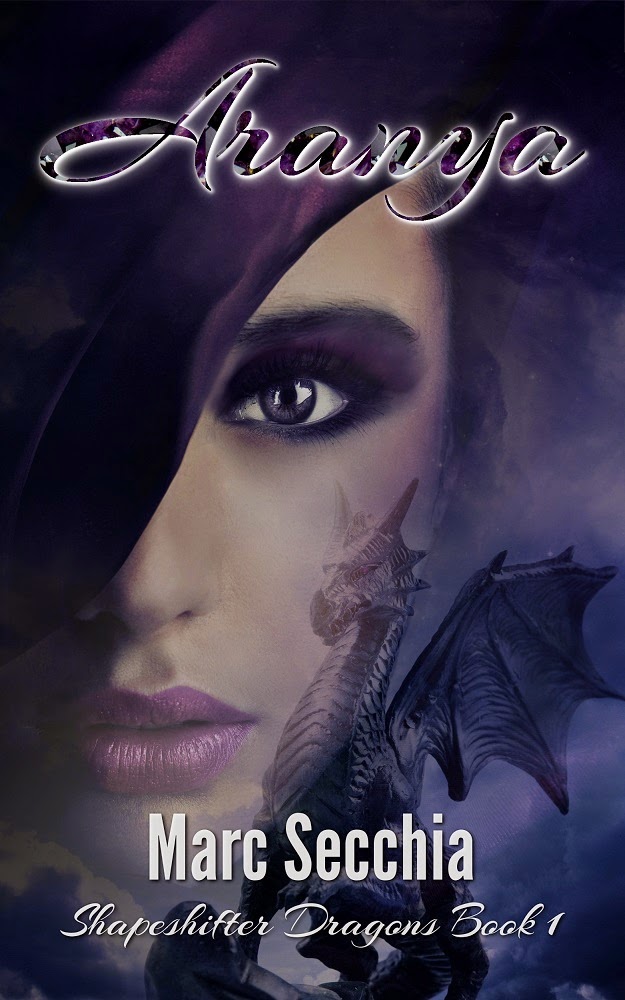 Chained to a rock and tossed off a cliff by her boyfriend, Aranya is executed for high treason against the Sylakian Empire. Falling a league into the deadly Cloudlands is not a fate she ever envisaged. But what if she did not die? What if she could spread her wings and fly?

Long ago, Dragons ruled the Island-World above the Cloudlands. But their Human slaves cast off the chains of Dragonish tyranny. Humans spread across the Islands in their flying Dragonships, colonising, building and warring. Now, the all-conquering Sylakians have defeated the last bastion of freedom–the Island-Kingdom of Immadia.

She turned to face the Last Walk.

Yolathion put his hand on her shoulder. At the end of the walkway, Aranya saw a block of stone with a chain attached to it. They really wanted to be sure she’d drop straight into the Cloudlands, she thought. The old stories still held weight. No graceful dive off the edge for her. No enchantress transforming herself into a bird and flying away.

It should have been called the longest walk.

Ten Crimson Hammers processed with her and Yolathion. Perhaps they thought she’d make a break for the rajal pit. Her feet brought her alongside the block of stone. Her body and her mind seemed to belong on different Islands.

Yolathion knelt, clearly in some discomfort, to fit the manacle depending from the stone about her ankles, locking them together. “I’m sorry, Aranya,” he said, unexpectedly.

“Me too. I think I could have loved you, Yolathion. But your loyalty and your heart lie with Sylakia. I could never love that.”

Her words hurt him; she read it in his eyes. Just another regret she would shortly leave behind.

Yolathion lifted her in his arms. Two of his fellows hefted the block.

He tossed Aranya over the edge.

"He spins a mythical yarn, achieving a notable balance between luxurious detail and intense action ... it's Secchia's world building prowess that really sets this tale apart" - Stephan J Myers, author of The Prayer - via Bookviral.com

“Don't get me wrong, princes are great, but this girl is a take-charge, kick-butt kind of girl, and she stole my heart because of that.” – Dusty Holloway, Author of Dragon Dreams

Marc is a South African-born author who lives writing about dragons and Africa, preferably both at the same time. He lives and works in Ethiopia with his wife and 4 children, 2 dogs, a rabbit, and a variable number of marabou storks that roost on the acacia trees out back. On a good night there are also hyenas patrolling the back fence.

When he's not writing about Africa, Marc can be found travelling to remote locations. He thinks there's nothing better than standing on a mountaintop wondering what lies over the next horizon.

Marc is the bestselling author of Aranya and The Pygmy Dragon and is currently working on sequels for both books.
Posted by Andi at 7:42 PM No comments: 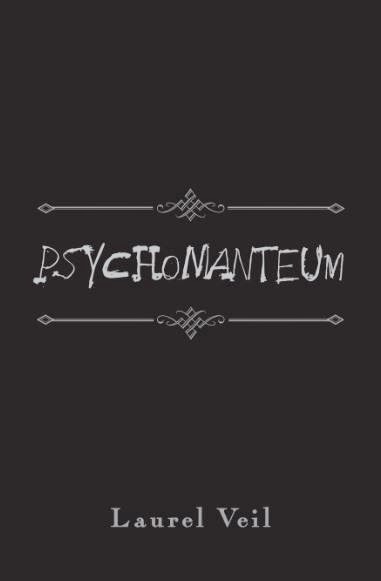 Niki woke up in the hospital with no clue how she got there, other than she was told she had had a car accident. If that wasn’t strange enough, she overheard her nurses say that it sounded like she mumbled the name Keith while she was unconscious. But, she didn’t know anyone by that name, did she? For the next ten months, she is tortured by a recurring nightmare about a demon-like creature and a guy she’s never met. After a terrible breakup and with only a month left until her high school graduation, her aunt Claire kicks her out. Niki purchases an old house that she feels drawn to with the small inheritance her parents left her when they died. Niki will discover terrifying secrets about the house, but stays when she begins to learn answers to the questions that surround her past, her accident, and Keith.

I was almost to the end of the narrow hallway when someone grabbed my arm. The touch startled me, but I was even more jolted when I turned and saw Mike.
When I realized it was him, I immediately averted my gaze. I refused to look him in the eyes ever again. Even in the dim light, though, I could see how gorgeous he was. Part of me wanted to grab hold of his tie and pull him to me, but a larger part of me wanted to hang him by a rafter with it and watch him swing, maybe give him a few good whacks with a pool cue, like a piñata.
“Please…Niki.” He had a catch in his voice. “Can’t you at least look at me?”
I tried to pull my arm from his grip.
“We haven’t spoken one word to each other.” He took a deep breath. “I’m…sorry.”
All I could think was Yes, you are! I couldn’t look at him—how could he think I would speak to him?
“I almost forgot how beautiful you are. What was I thinking?” he whined.
Was he for real? I snorted with disgust and tried to pull my arm away again. This time he resisted with more force.
“Come on, Niki—at least give me a chance!”
“What’s going on?” It was Evan. He towered over Mike. “Niki, is everything okay?”
I wasn’t sure how to answer him. I made another attempt to free my arm from Mike, and he yanked me toward him.
“Why don’t you mind your own business?” Mike growled at Evan.
Oh no! I could tell Evan wasn’t going to back down. He didn’t look like the kind of guy who needed an excuse to pound someone’s skull in either.
Mike released my arm and swung his fist at Evan. I pushed myself up against the wall. All of a sudden a bright light began flashing and a fire alarm screeched at an ear-piercing decibel. A hand slid around my mouth and clamped down tightly so I couldn’t scream. I was in shock and confused.
I was dragged out of the back door so quickly I didn’t know how it was even possible. It was now dark outside, which made me feel even more afraid. My captor continued to hold me from behind. His body was pressed tightly against mine.
“Don’t scream,” he whispered, “and I’ll take my hand down.”
I nodded.
When he removed his hand, I took a deep breath. I was still scared, but less so then a few seconds ago. I realized he still had his arms wrapped around me. I guess even though he trusted me not to scream, he didn’t trust me not to run.
He rested his face heavily on the top of my head. He took several slow, deep breaths, as if he was inhaling my scent. Before speaking, he moved his mouth down the side of my head; his lips stopped next to my ear. I shivered as he quietly said, “Go…home.” With those two little words, I wasn’t afraid of him anymore. He squeezed me tightly and then released me. I spun around, and he was gone.
How? I looked everywhere. I couldn’t spot him. I should have been relieved. I wasn’t. I was…disappointed.

Laurel Veil is a new and upcoming author with over five new books released just this year. And, her latest, Strong Like Me was just released this summer.

She is a mom and former middle school teacher. She enjoys spending time with her family, likes reading for fun and loves writing when she gets the chance!

Laurel@LaurelVeil.com
Posted by Andi at 7:25 PM No comments:

Maggie is unaware of the terrifying fate that awaits her. It isn’t until she lands in New Orleans for a full year at a private high school and her unknown enemies find her does she realize that her life is in danger.

As a mystifying stranger repeatedly intervenes and blocks the attempts on her life, she begins to learn that there is more to him than his need to protect her and that he may be the key to understanding why her enemies have just now arrived.


I apologize for the delay, Abaddon.”

I turned my head to find Eran standing beside me, no more than a few inches away.

Excitement swelled inside me, so powerful I couldn’t have contained it if I’d wanted to. The nervousness now displayed on Abaddon’s face gave me even stronger encouragement.

I wanted so desperately to reach out and wrap my arms around Eran, wanted it more than anything in the world. My desperate yearning was only being held back because I still couldn’t move.

I’m not sure Eran would have allowed it anyways. He was a warrior, and he was now engaged in battle. Besides, I was nothing more to him than someone to save.

Eran didn’t look my way but kept his focus on Abaddon, who stepped back a few paces, his confidence faltering.

It was Sarai who strolled forward, self-assured, placing herself in the middle.

As she strolled by Abaddon, she mused, “Don’t worry, I believe I can handle this one.” Her face curled up into a hideous grin as she continued her approach.

I knew then what she planned…but it was too late.

“Eran, so good to see you again…” she whispered in a low drawl.

“No!” I screamed enraged, waiting for Eran to fall to the ground, whimpering with desperation as Rufus had done.

A moment passed and Sarai’s face contorted, confusion setting in. Her state of shock became more defined, deepening further when he finally replied.

“You don’t work on me, Sarai…” I watched in disbelief as his gorgeous smirk, the one I missed so deeply, rose up. Eran turned and his stunning eyes settled on me, concentrating so intently I could not have mistaken his message. “I’m already in love.”

The world changed for me at that moment. As Eran’s confession hung in the air, I felt the passion and the power in me swell. Nothing was impossible now.

Sarai’s mouth fell open, a shaken sigh escaping. She then looked at me, her eyes narrowing in fury as Eran’s words sunk in.

Eran flippantly disregarded her, turning to address Abaddon. “You are outnumbered. You are overpowered. You have allowed yourself to be cornered. Shoddy work, Abaddon.”

As I watched their interaction, it dawned on me that Eran was enjoying this moment and that it appeared to have been long overdue. I felt a smile on my lips, nearly causing me to giggle.

It was then Abaddon released me. I fell to the ground, hitting it hard but overwhelmed with relief. I glanced up, wondering what power Eran had over Abaddon to give up his hold on me.

In an instant, I realized what had happened.

Abaddon had let me go willingly. He needed his energy – all of it – for another reason…

Leaning forward, Abaddon’s arms extended, his feet sweeping up from the ground, as he lunged for Eran.

Laury Falter is a bestselling author of young adult romantic suspense and urban fantasy. She is also an animal rights activist, a sailor, a one-handed golf putterer, and a Colorado River conqueror.

She has three series out: the Guardian Trilogy, the Residue Series, and the Apocalypse Chronicles.

Goodreads page: http://www.goodreads.com/lauryfalter
Posted by Andi at 8:30 AM No comments: