'Inborn (The Birth Right Book 1) by Amy Saunders ~ Free for a limited time! 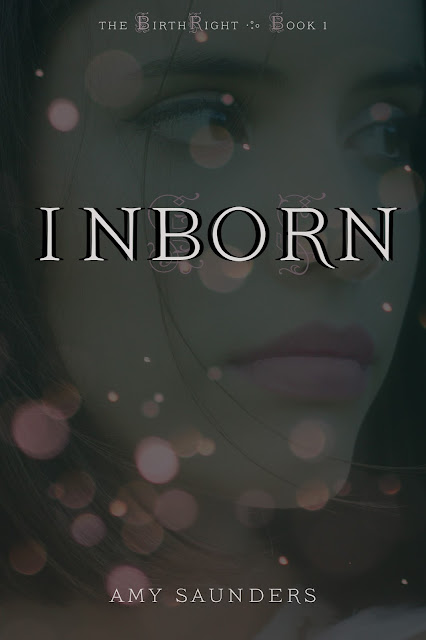 Rosamund Brandt has had a semi-normal life for sixteen years. Well, semi-normal for a family descended from aliens. Sure, she could create portals and her family had a secret basement. But she went to school, had a best friend, and got her driving permit like every other teen.

However, her definition of “normal” unravels when a killer with multiple powers and an agenda steps into town. When Rosamund herself becomes a target, she has a choice between playing the killer’s game and saving a few, or getting to the core of the murders and stopping them for good.

Rosamund’s choice will save everyone she cares about–or unleash a new era for herself and her family, shattering whatever hope for going back to normal she had.

FREE for a limited time!

After getting scratched by branches I couldn’t see and tripping on underbrush, I picked up my pace just to get out of there, transitioning into a jog. I wouldn’t be able to keep it up with the backpack, but I figured I could go in bursts.

I started running, my light bouncing up and down. I dodged a tree just in time, but then my toe caught and I crashed facedown in the leaves. My flashlight flew out of my hand, landing a few feet away and spinning around to shine right in my eyes. I shut them, sitting up and pausing a moment until the spots in my vision cleared.

When I could see again, I almost wished I couldn’t. The flashlight spotlighted what I’d tripped on–a girl–sprawled on her stomach across the dead leaves, her eyes frozen on me, her skin beyond pale. I screamed, grasping at the leaves to get on my feet, grabbed the flashlight and ran.

I got two feet when I got tangled in something wet and sticky. It wrapped around my face and body like wet strands of hair and I flailed, getting more entangled, sucking in shallow, rapid breaths. My heart raced so fast I couldn’t hear anything else.

I wanted to scream again, but I choked it down, forcing myself to take a few deep breaths, trying to think about this rationally. This was a drill. So…maybe this was just part of the drill and that’s why Dad made us go on foot. He was testing us–me–to see how we handled an actual scary event. The body was just a dummy or even a person they’d hired to play dead or something. It was just another test. I didn’t know what this stuff was that I was wrapped up in, but I could get out of it. All I had to do was focus.

Amy Saunders is a sci-fi/mystery addict with a soft spot for humor and romance. She lives in Massachusetts, and loves to bake and watch movies. Learn more about Amy and her books at http://amysaundersauthor.com.
Posted by Andi at 3:00 AM No comments: 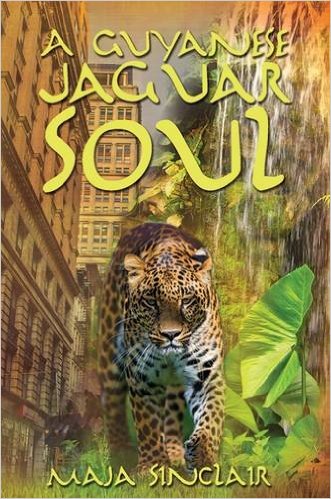 In A Guyanese Jaguar Soul Maja Sinclair takes the reader through the early years of her eventful life. Her father, a successful engineer, eventually sees that his wife is a terrible mother to Maja and her sister so when they split Maja follows her father around the world as he moves from continent to continent with his work.


In a very engaging style Maja shows the reader different countries and cultures through a child's eyes. Her chance encounter with a Jaguar in Guyana teaches Maja that she has the strength and durability of the mysterious cat, traits that will help her through the bad times until the good arrive again.

A Guyanese Jaguar Soul is an absorbing and enjoyable read following the path of a child as she journeys through South America, to Africa, America and Scandinavia until the urge to settle down finally takes over.

'The Mage Awakening' by Erin McGowan on Kindle Scout 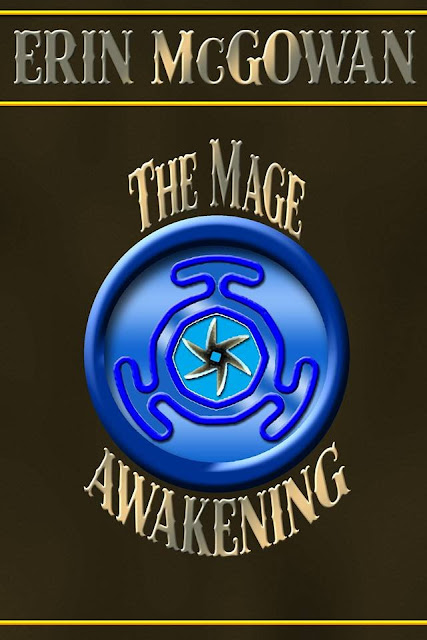 “The Mage: Awakening” is about a thirteen-year-old girl who discovers her magical powers when she is four. Her disastrous home life turns unbearable, and she uses her talent for channeling emotions right before she runs away from home. A fully trained mage tracker, Cadence, feels her use that talent and tracks her down. He informs her that she is a mage and can go to school to learn more magic and develop more facets of her magical talent. Cadence introduces Katrina to the Oracle, a government official who helps new mages learn more about the mage society and choose their path, among other things. Katrina chooses to go to an academy and learns that her new school is in the in Faerie realm, where she quickly makes friends with other mage students and Fae students, alike. Katrina has a lot on her plate, juggling her old family, a new family, friends, school, and a new romance, when accidents start happening to the Fae students. People start questioning whether the accidents are all that accidental, or if someone has an agenda to make the Fae pay.

Visit the book on Kindle Scout

Anyone who nominates this book will get a free digital copy if the book is chosen. Thank you so much!


About the Kindle Scout Program

The Kindle Scout program benefits Kindle publishing, authors, and readers. An author submits an unpublished book to the Scout program for thirty days of public viewing, during that time the author can promote the book any way he or she chooses. Readers can save the book for later or nominate it if they are interested in that book based on the cover, title, blurb, summary, and sample of the book. The sample is around 5,000 words, and usually shows the reader around three or four chapters. There is also an author bio, and the author can choose to answer some questions, mainly about reading, writing, and their book.

Kindle Scout shows the author daily stats on page views and how many hours a day the book was on the Hot and Trending list, but not how many nominations the book has. Those reports are updated once a day around 5:30 in the morning. At the end of the thirty day campaign the Kindle Scout team has up to fifteen days to decide if they will award a five year contract to the author for that book. If the book is picked up by Kindle the author receives a $1,500 advance, and has the promotional power of Kindle backing that book. A lot of authors hear back from Kindle after 48 hours, but there are some instances where the wait is longer. 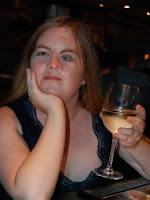 Erin McGowan lives in Galveston, Texas, where she spends as much time as possible writing or walking in the surf. She also travels with her roommate and partner-in-crime, L.B. Clark, whenever she can.

While pursuing her master’s degree in accounting from Stephen F. Austin, Erin discovered that writing during and after class was a great way to relieve stress and focus. Changing jobs and moving all over Texas fueled her desire to write and gave her some great story ideas, and deciding to partner with her roommate in a publishing company gave her every reason to share said stories with the world.

Erin finds that story ideas come from everywhere. Watching the ocean, picking figs in the morning, even walking down the street to get coffee can lead to an idea for a book or a short story. She also finds that her natural empathy and love of music lends itself to writing about musicians and the music industry.

For Erin, writing is like laughing; you can get through life without it, but what would be the point?

'Sounds Like a Lie But It's Realy the Truth' by C.P. Turner 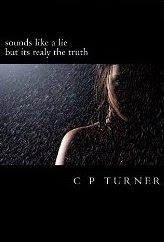 I wasn’t supposed to fall in love with him. Everything that was taught me by my family, everything preached at me in church, everything told me by society said it was wrong.

But I couldn’t help it, so that’s what I done.

You see, I wanted something more than what was given me in the tiny little town I grew up in. I wanted to stretch my wings like a dove and fly through the world, and part of that wanting was loving this man that came into my life and then was ripped out of it. And that’s the bad part, the sad part.

But before he was taken away from me, he left me with something. And that’s the good.

So this is my story, more or less, the best I can tell it. (It’s got some poems too, but not too many, and if you don’t like them, you can skip over them.)

Angel-Louise is a normal high school teenager with an active imagination and a heart as big as the world. Feeling constrained by the narrow limits and prejudices of the sometimes odd characters that surround her and make up her world, she finds someone to connect with who understands her and her passions and her desire for a wider meaning for her life. The impossible friendship she forms with an older man grows into love and romance, shared beliefs and passions, and ultimately into a sexual relationship.

The people around her are not ready to accept an interracial romance that challenges the taboos of race and age of the small town in which she lives. This relationship roils the society in which she lives and comes to a head in a tragic and violent confrontation between her private desires and the stringent prejudices of a small Southern town.

'The Flirting Games' by Stella Wilkinson 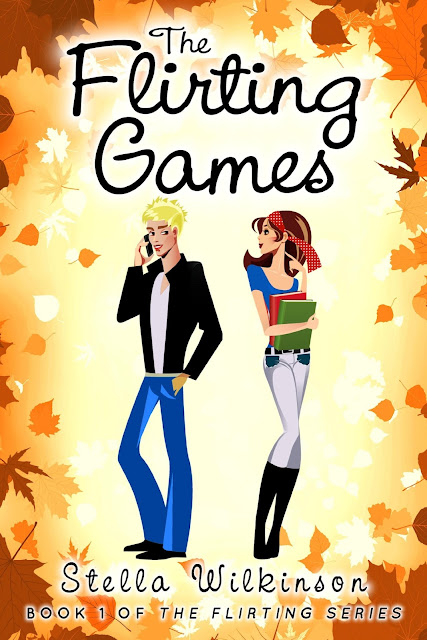 Eleanor Parkhurst is determined to get in the way of bad boy Nathaniel Naverly seducing her sweet cousin Rose. Getting Nate to switch his attention to her seemed like a good plan, but Ellie didn’t foresee that she might have to protect her own heart from his schemes as well. The game is proving a challenge. Midnight meetings, fighting or kissing, it’s all part of the fun of flirting. Set in an English boarding school, Ellie discovers that boys are more complicated than classes, and you have to play the game well or you might just get played!

Available on Amazon
US / UK 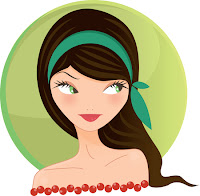 Stella Wilkinson is a full time author with fourteen books currently available, plus several box sets and multi-author anthologies. She is from the South West of England, UK, where she lives in a world populated mainly by her characters and where teen romance and the occasional paranormal creature are what she thinks and writes about. Although she is best known for her hugely successful Flirting Games Series, she also has two other series as well as some stand-alone books and short stories.

Check her website for more details: www.stellawilkinson.com
Posted by Andi at 12:09 PM No comments: