Our Friendship Matters by Kimberley B. Jones

Our world is in a brand new place, giving us a lot to think about and sort through. Teens are going through it just as much as we adults are, yet on a different level in a way. These are the kinds of stories that need to be read and discussed right now. You can check out an excerpt before you download your own copy. Follow the tour for more and be sure to let the author know what you think in the comments. Best of luck in the giveaway! 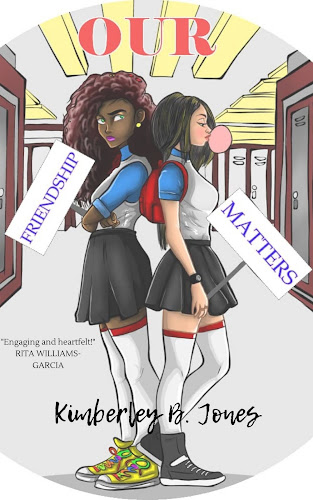 As the tension mounts between the two bitterly opposed factions, a tragedy strikes and threatens to make Sasha and Leah enemies. Can they find a way to resolve their differences, putting them to the side and learn to accept each other’s viewpoints? Or is their long friendship finished for good?
Read an excerpt:

As I pulled up into Ricardo’s driveway, Victoria and two other girls who attended Eastview were standing there holding signs that said, “Justice for Mitchell.” I was sweating more than ever. Scared of both the police and the girls I didn’t even know who were going to be getting into my car.

“I didn’t know you were doing signs. I would’ve made me one.”

Ricardo and some guys were busy placing things in the car's trunk.

“Are you okay? The time is now,” said Ricardo.

“I’m ready but a little nervous, too.”

“You shouldn’t be nervous. All we are going to do is go downtown and making a statement that we want justice. Once we are done, we’ll come back home. I won’t let anything happen to you but, if something breaks out, I need you to look for Victoria and get in your car and go home. And if something happens to me, I need you to look for Victoria then go to my house and warn my peeps.”

As the girls got into my car, Victoria told me I could march, and chant the same thing they were planning on saying.

I was missing Leah. This could have been a positive moment that we could’ve shared together. I was still hoping she would come to her senses and realize that our fight from our disagreement was all crazy.

We arrived downtown, and I parked in the garage.

“Why didn’t you park on the streets?” Victoria said.

“My parents always told me to park in the garage so nothing would happen to my car.”

She laughed at me and said, “Well, you are driving a Mercedes. I would do the same if I had an expensive car.”

https://www.bookbub.com/profile/628634226
Kimberley B. Jones will be awarding a $10 Amazon or B/N GC to a randomly drawn winner via rafflecopter during the tour.
a Rafflecopter giveaway
Posted by Andi at 3:30 AM 3 comments:

More Than Alive: Death of an Idol by Fernando Torres 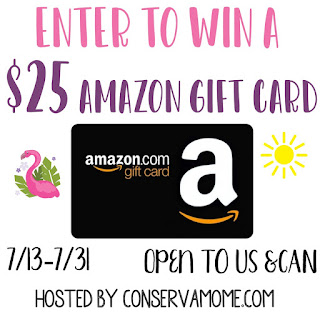 Are your teens in need of some new entertainment? Here's your chance to earn some Amazon cash for some great things to keep them occupied. I've teamed up with some great blogs to help you win a $25 Amazon gift card. Just head below for your chance to win!  Giveaway is open to US &CAN and must be 18+ to enter. Giveaway ends on 7/31 at 11:59pm.
Entry-Form
Disclosure: All opinions are 100% mine. This giveaway is in no way associated with, sponsored, administered, or endorsed by Amazon, Facebook, Twitter, Google, Pinterest or any other social media network. All opinions and experiences are Conservamom‘s. Open to US & CAN , must be 18+. Confirmed Winner(s) will be contacted through email and have 48 hours to respond before a new winner will be drawn. No purchase necessary. Void where prohibited by law. The sponsor will be responsible for product fulfillment to winner(s) of the giveaway. The disclosure is done in accordance with the Federal Trade Commission 10 CFR, Part 255 Guides Concerning the use of Endorsements and Testimonials in Advertising.
Posted by Andi at 11:55 AM No comments:

The Wysman by Dorothy A. Winsor