Thank you so much for stopping by to check out the book blast this week for Immortal Girl5 by Griffin Stark. This YA fantasy is part of a story spanning a thousand years where five sisters are trying to save humanity, while also figuring out their purpose. Check out an excerpt from this story before you download your own copy. And be sure to follow the tour to read even more and to enter the giveaway along the way!

Please note that affiliate links are present within this post. Should you make a purchase through one, I may earn a few pennies to help support my websites at no additional cost to you. 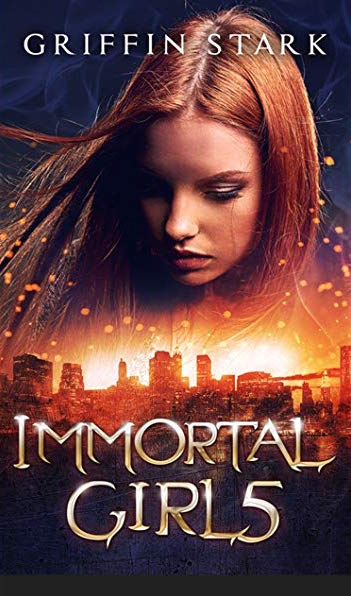 
The year is 1095, Normandy, France. Five year old Skylar runs away into the woods to escape nuns who are convinced her inexplicable seizures are the work of Satan. She survives after being adopted by wolves, when two mysterious strangers appear and reveal Skylar’s destiny to her. Skylar is the first of the Immortal Girls, destined to save humanity from itself.

Immortal Girl5 (January 22, 2019) follows Skylar, Rachel, Caitlin, Beth, and Bethany, five immortal sisters who, over the course of a thousand years, attempt to learn the purpose of their own existence while hunting down the worst criminals this world has ever seen. They’ve faced the likes of Jack the Ripper and the Nazis, but as a new enemy arises to threaten the sisters’ survival they’ll soon learn that immortality doesn’t mean forever.

“Wait! Now look, please, just let me explain!” he begged her, while shielding himself from the next imminent attack. Even if he’d had the desire to fight back—which he certainly did not—Luke wasn’t sure how easy it would be. After all, she’d survived more than a thousand years from what he’d been told. For being that old, this girl looked beyond amazing, with her blonde hair that fell into curls at the ends, angelic looks, and a flawless, pale complexion that held two stormy blue eyes of unusual intensity. Skylar seemed to accept Luke’s sincerity, at least for the moment, and slowly put her fist down by her side. 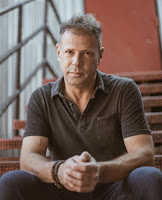 GRIFFIN STARK is an American author who proudly lives in Nashville, Tennessee. Even as a young child, Griffin had an active imagination. As an author of young adult fiction, he has harnessed his creativity to tell memorable stories filled with important life lessons.

Griffin served as a combat medic in The United States Air Force and later founded THE SHEEPDOG MOVEMENT to join in the fight against bullying of teens worldwide.

Visit http://immortalgirl5.com/ to learn more about Griffin and his YA fantasy novel, Immortal Girl5.

Griffin Stark will be awarding a copy of the book (US ONLY) to a randomly drawn winner via rafflecopter during the tour.

a Rafflecopter giveaway
Posted by Andi at 3:00 AM 1 comment:

YA is one of my favorite genres to read, but I feel so far behind on what's out there. Give me some of your recommendations! I'll have to add them to my wishlist. So many that I could get for $100!

Rules: Use the Giveaway Tools form to enter daily. Giveaway ends 01/31 and is open to the United States or anywhere that can redeem an Amazon gift card. Entrants must be 18 years old to enter. Winner will be notified via email.

Also, you can enter more giveaways on the sidebar or main menu at HJBM!

Also we all “love it if you follow us” on Instagram!
ONE entrant will be selected by the entry form to win a $100 Amazon Gift Card. Open for entry US (or anywhere that can redeem an Amazon gift card), 18 years and older from 01/03/18 thru 01/31/18. No purchase necessary. Void where prohibited. This giveaway is in no way endorsed, affiliated or associated with Facebook, Twitter or any other Social Media Networking Site. The winner will have 24 hours to respond to notification email to claim their prize or a new winner will be selected. Once a winner is drawn and confirmed, the name will be announced on the GiveawayTools form. Home Jobs By Mom will be responsible for sending the winner their prize.

If you have any questions or are a brand/company and would like to work with Home Jobs By Mom please email krystle (at) homejobsbymom (dot) com or contact me. Also, to be informed of new giveaways and blogger opps sign up for our newsletter below or CLICK HERE.

Thank You So Much For Visiting Today!