May is Mental Health Awareness Month, making Drifting by Steven M. Cross a timely book to read. Check out this excerpt before you download your copy. You can also follow the tour for even more. Let the author know what you think along the way. Best of luck entering the giveaway! 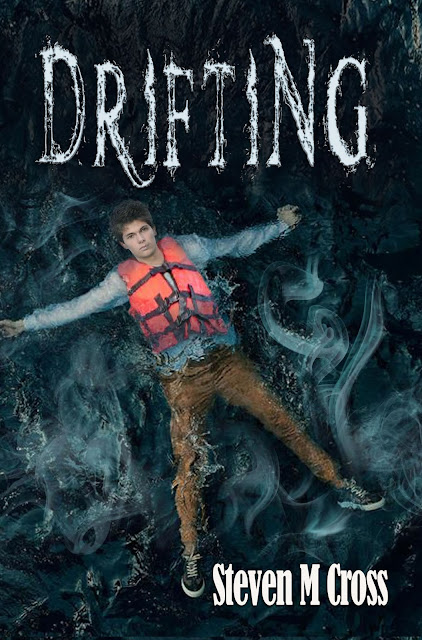 Dean Knight has struggled against his personal demons for as long as he can remember. He thought he lost that struggle when he felt their knowing grip pull him deeper in the river, but he was saved. Saved for what? His memories are trapped within his mental illness. He hears his sister and father’s voices. The problem is, they’re dead, both killed in the same river that tried to claim Dean. As he struggles to remember, he discovers their voices aren’t pushing him to harm himself, but to discover the truth surrounding both their deaths. One person, Ella, has all the answers, but Dean can’t remember if she loved him or tried to kill him.
Roxanne “Rocky” Rivers struggles against her own demons, not voices, but a past trauma she can’t fully remember. She only knows everyone at school thinks she’s a slut and a head-case. A razor her only release for the pain. Rocky knows no one will believe a crazy girl who tries to kill herself.

Dean and Rocky find a connection. Can they find the strength and trust to help each other when neither can survive alone?
Read an excerpt:

We have walked into another large cave. In one wall, a small chamber is cut.

“I bet there’s treasure in there. Arrgh,” like a pirate, then laughing hysterically, cackling, and releasing my hand. I kneel and see a pocket watch lying at the chamber’s entrance.

A hand, half bone, half decayed skin, creeps from the chamber, grabs my wrist. My heart catches. My eyes bulge. A scream rises in my throat.

Then, I see a bashed in skull emerge from the opening, its jaw set in a gaping grin and then another hand. Behind it on the floor, I see part of a skull, blood, a tooth, and hair. The skeleton crawls out of the chamber. I hear the girl’s crazed laughter. Bones skitter over the ground, click like castanets.

“Dean.” Its voice is thick like it’s filled with sand. I, we, feel like our head is going to explode into pieces of blood and brain and bone.

When I close my eyes, it grabs me and lifts me up, flopping me over its shoulder like an old rug. I can’t move, can’t talk, can’t breathe. The dry, brittle bones click against my skin.

It takes me to another part of the cave on the edge of a high cliff, lifts me off its shoulder, grabs my shirt, dangles me over the edge of the cliff, lets go.

I kick and scream as I fall through the air. I look up, see the face of a beautiful girl, then disappear into a pool of hot, frothy water. As I peer through the churning water, the skeleton’s hand grabs my hair.

I scream, choke on water, but then I’m gulping fresh air and staring into the Rose’s face.

“I’m naked,” I say aloud, though I’m only thinking it in my head.

“Next time, I’ll let your skinny ass drown.” She turns, leaves the bathroom. 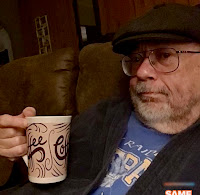 Steve Cross is an educator/freelance writer who lives in Poplar Bluff, MO. His credits include four young adult novels, two fantasy novels, and seven plays. He has optioned one script and sold another one. Plus, he's finished as a quarterfinalist in Bluecat and in Fresh Voices screenwriting competition. He and his wife have one daughter and two grandchildren with whom they spend a lot of time. Cross loves Cardinals baseball, classic rock music, and character-driven movies. His favorite films are Dead Poets Society and Field of Dreams. Cross also likes to read, everything from Young Adult contemporary novels to screenplays, to horror and fantasy. At 62 and a cancer survivor, he believes his writing career is just now getting into full swing. His favorite type of screenplay to write is a psychological drama.

Steven M. Cross will be awarding a $25 Amazon or B/N GC to a randomly drawn winner via rafflecopter during the tour.
a Rafflecopter giveaway
Posted by Andi at 3:00 AM 4 comments:

Read an excerpt from He'll Be Waiting by Liz Alterman

We are thrilled to share an excerpt from Liz Alterman's debut release,

He'll Be Waiting is a standalone YA Thriller that will have you on the edge of your seat and up reading all night! 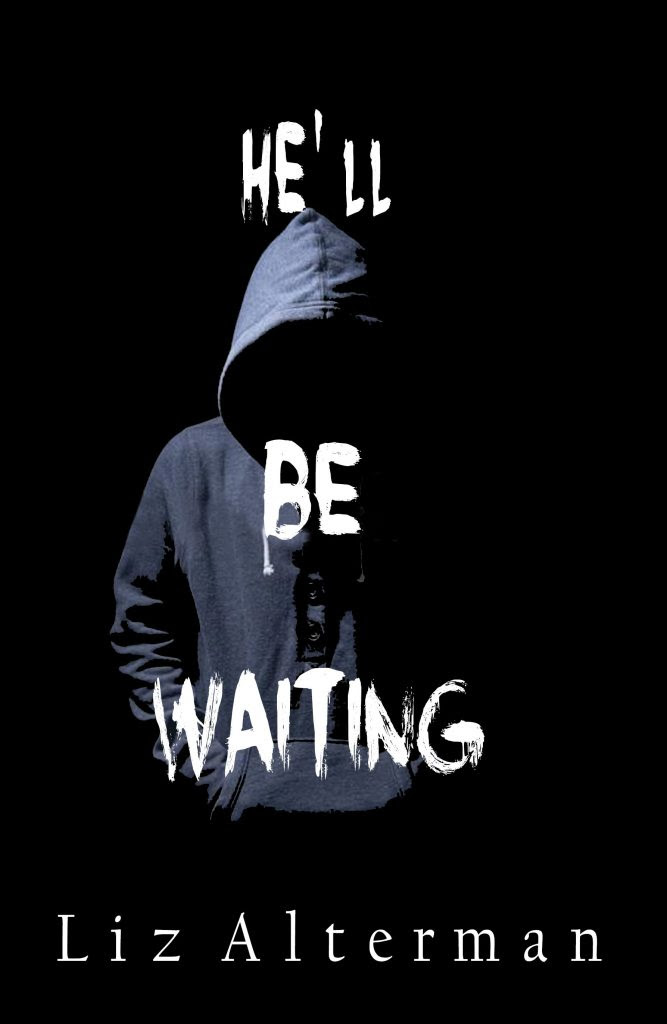 When Tess Porter agrees to pick up her boyfriend’s college pal at the airport on a snowy December night, she has no idea she’s about to embark on the most dangerous ride of her life.

Two days later, the 17-year-old wakes up in a hospital with broken bones, unable to remember how she got there. Her parents are acting strange, and neither James, her boyfriend, nor her best friend, Izzy, has visited. As she struggles to physically recover, Tess wrestles with haunting questions: What happened? Will her memory ever return? And what if she’s better off not recalling any of it? 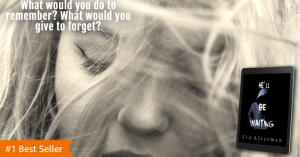 I stare at her, confused. It was so real. I’d been tumbling, falling down beside a flat cement wall. I’d tried to stop myself, but there was nothing to grab on to, no banister or ledge. All I could smell was damp, wet earth. A man stood above me. I couldn’t see his face and had no idea who he was. But one thing was clear: He’d come to hurt me. Me specifically.

In my nightmare and in real life, my mouth is dry, my tongue as sandpapery as Daffy’s. I can’t speak. My heart gallops, thumping hoofbeats pound in my ears.

“This is how it ends!” he shouted in the dream, his voice echoing as I plunged into total darkness and struggled to crawl out of sight. I couldn’t move. My legs wouldn’t work.

I want to tell Mom everything, but I can’t catch my breath. Was it only a dream or does it have something to do with my accident? What if it’s one of the flashes Lydia talked about? Memories attempting to resurface? Is the man in the dream Nick? My head hurts thinking about it. For once, I'm actually grateful to be in this hospital bed. Safe.

And check out Liz's He'll Be Waiting playlist to enhance your read! 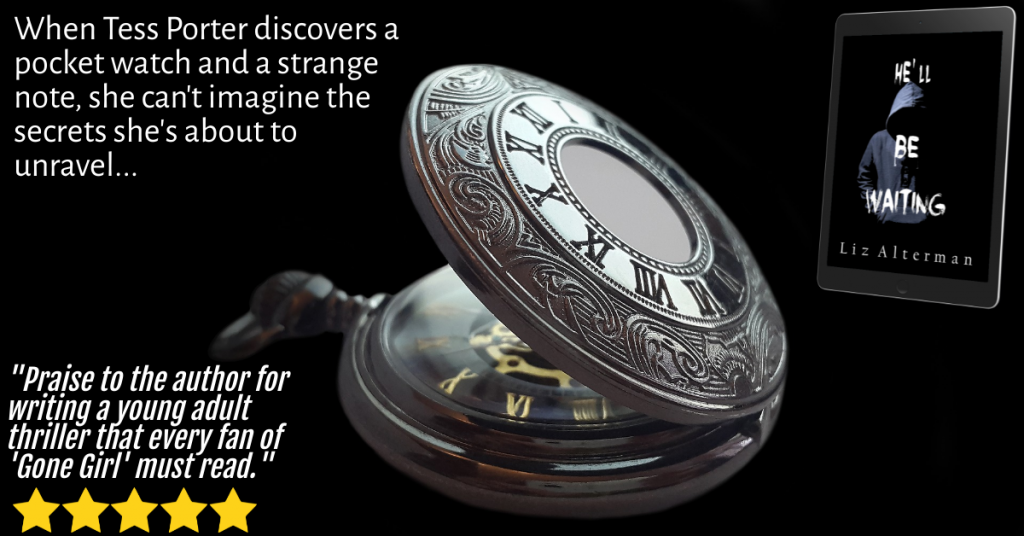 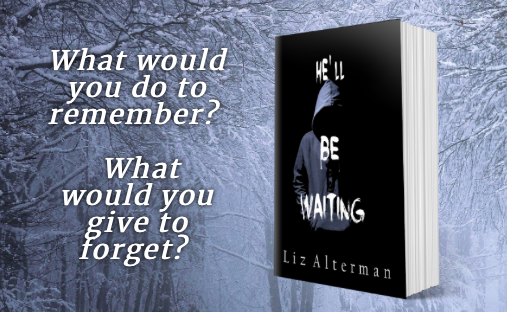 Liz Alterman lives in New Jersey with her husband and three sons. Her work has appeared in The New York Times, The Washington Post, Parents, McSweeney's, and other publications. He'll Be Waiting is her first young adult novel. When she isn't writing, she spends most days microwaving the same cup of coffee and looking up synonyms.