The Amplified: Don't Give In by Lauren M. Flauding FREE July 19-22 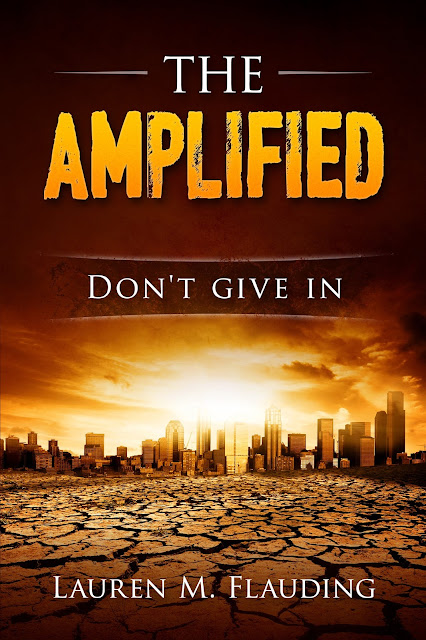 
15-year old Mari Quillen is about to become invincible. Just like everyone else. For years, Mari has been anxiously awaiting the day when she will receive her Amplifier; a small device implanted behind the ear that gives someone limitless capabilities through verbal commands. But once she finally becomes Amplified and begins mandatory Training with the rest of her peers, she begins to see that her natural ability to resist and act for herself brings dangerous consequences, as well as unwanted scrutiny from Governor Plenaris, the Community's most revered official. She grows increasingly wary of the Amplifiers as she watches how they affect her friends and brother, constantly wondering if Amplification is really as fantastic as she thought it would be. Sure, she can perform elaborate acrobatics and recall obscure information, but how can she be sure that the Amplifier isn't controlling her? 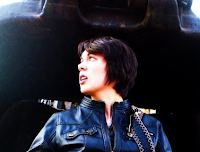 Lauren M. Flauding is an avid consumer of macaroni and cheese. She lives in Colorado with her husband and wonderful baby and loves singing, hiking, snowboarding, and yodeling. She writes for pleasure and therapy and just cannot get enough dystopian. Check out her website: laurenflaudingbooks.com
Posted by Andi at 10:38 AM No comments: 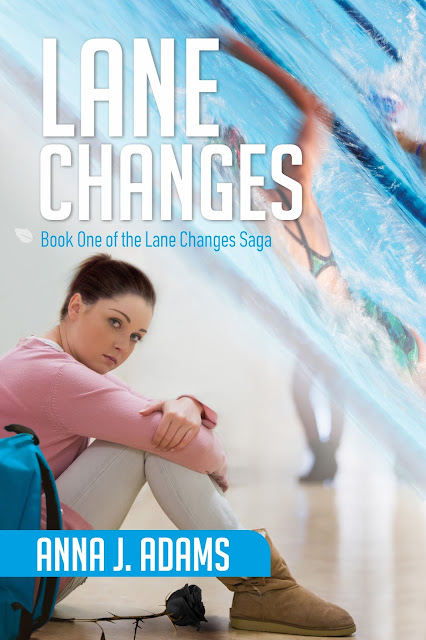 
I waited until the last two years of high school to take Spanish and am now one of only three seniors; Sam and Rob are the others. Every day we have to conjugate verbs and today, the teacher was in a rare mood.

Amar: to love
That's what I associated with Rob Holland, the newest student at Naylorville High who somehow has the power to make me blush, stammer and trip all at once.

Molestar: to annoy
That should be Sam Seeley's middle name. Since seventh grade he has annoyed me to the point where I should earn a gold medal for ignoring him.

Matar: to kill
This is what I want to do to the person putting black origami roses in my locker, writing hateful notes, rude emails and texts and throwing a rock at my bedroom window.

Nadar: to swim
My one talent. A college scholarship I desperately need. Something I never thought I wouldn't be able to do until an "accident" cuts my swim season short.

Aprender: to learn
I have a lot to learn. About Rob and how emotionally stunted a person can be. About Sam and how his life isn't better than anyone else's. About how one friend's mental illness can have lasting effects. About love. About myself...Lane Meyers.

I began writing stories on the back of scrap paper at the age of 13, then filing them away, while also resisting peer pressure to avoid death defying stunts off my swing-set. Now that I'm an adult and own a laptop, there are many MS Word folders filled with stories. And I've retired from jumping off swing-sets.


In addition to writing, editing, reviewing and reading, I enjoy traveling, board games, volunteering; all while fostering cats/kittens. A native Marylander, I support the Redskins, Capitals and Orioles. I reside outside of Washington DC with my family, a dog and 20-pound cat.
Posted by Andi at 12:02 PM No comments:

Survival Guide for the Teenage Life by R. A. Riffe 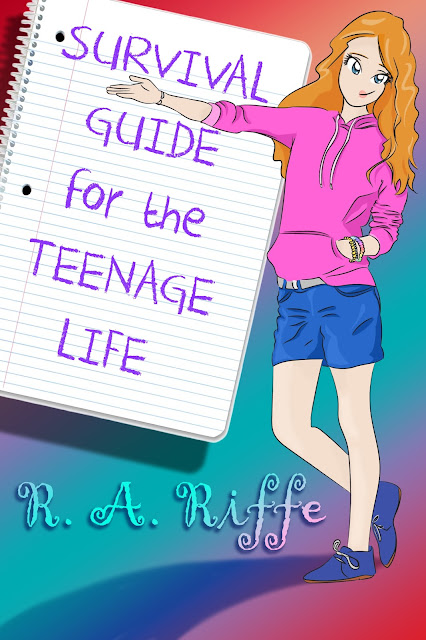 Survival Guide for the Teenage Life


Ruth Riffe is excited to share that she just released her first young adult book entitled, Survival Guide for the Teenage Life. This fictional work is a humorous look into the land of teenage crushes, best friends, the social ladder and karma.

Here is a sneak peek into the book:

“Already near the bottom of the social ladder, fourteen year old Arianna Cooper is doing everything within her power not to slip to the last rung. With a hovering mother that wants her to dress like a nun and younger siblings nipping at her heels, Arianna walks you through her not-so-typical teenage life, throwing out survival tips to help her fellow teens avoid the pitfalls of adolescence.

With her best friend Emily as her sidekick, Arianna sets out to tackle the social injustices of Maddox High School. Whether it’s confronting the school bully, Queen Ava, about her snarly attitude or trying to catch the eye of her crush, Charles Hamilton III, Arianna shares every hilarious moment.

How does she survive the drama of her first year in high school? Read her survival guide and find out!”


RA Riffe resides in the rolling mountains of West Virginia with her husband and young son. Her work with children and young adults, as well as the many children involved in her personal life, inspired her book, Survival Guide for the Teenage Life.

When she is not busy writing she enjoys spending time with her family, giving love to her fur-babies and working in her flower garden.
Posted by Andi at 11:27 AM No comments:

The Convergence by Tenille Berezay 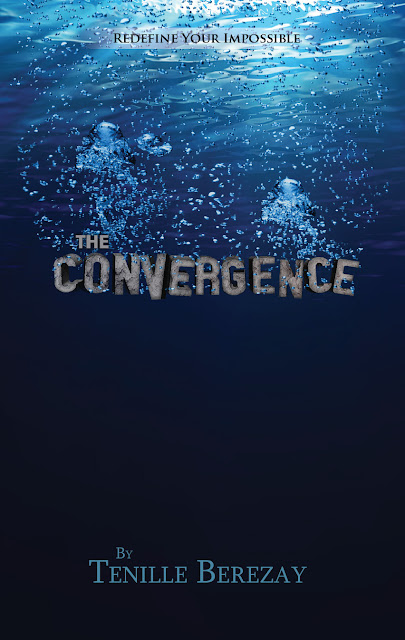 Hiding unbelievable physical abilities, seventeen-year-old Desiree Morgan buries herself inside the realities of high school. But when Blake Thomas infiltrates her life, all of Desiree’s secrets begin to unravel. With answers come more questions and soon she is entangled in a world of secret societies, human experimentation, perilous power-struggles, and ultimate sacrifice. To escape, Desiree can’t be simply extraordinary…she must redefine the impossible.

THE CONVERGENCE is a story of one girl’s search to understand herself and the realization of what makes her truly great.

Ten days. Ten days of brutal analysis down and I wake up to the realization I’ve lost. Lost my faith, dignity, reason. After being chipped apart bit by bit, it’s gone. Maybe it was the memory of the flash flood, or the last Doren-supervised beating. Regardless, somewhere along the way I lost it all for a father I’ve never met.

Knocking on the door, Talbot enters. It’s something he’s done religiously ever since I mentioned how disconcerting his sudden appearances were. “Ready for more analysis?”

“Abuse.” The word slides off my tongue.

He glances at my tray of uneaten food and his eyes disappear under a hood of regret. “De—”

“Talbot, I’m…” My mouth forms around the word. With one word I could forget, could go home. That words braces itself inside, becoming impossible to say, if for no other reason than the fact I’ve come this far.


After living throughout the western U.S., Tenille now claims rural Northern Nevada as her home. If she’s not being consumed by a book—whether her own or another author’s—she’d like to be found horseback riding, backpacking with her high-school sweetheart/husband, or photographing their three beautiful children.