The Raid on Troy (The Orfeo Saga Book 7) by Murray Lee Eiland Jr.

I was compensated for sharing this post. I only share those books that I feel readers will enjoy. Affiliate links are included, which when clicked through may help me earn a small commission to support my websites. 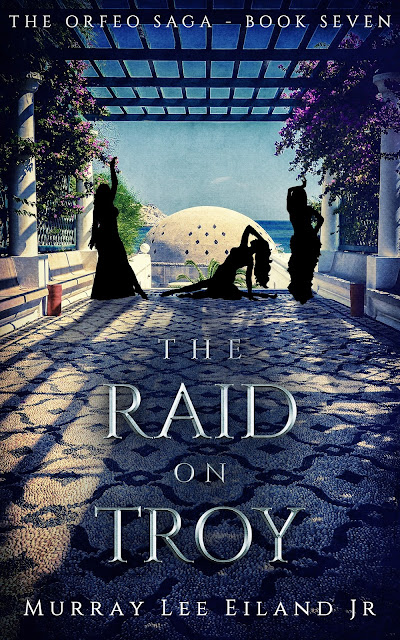 The Raid on Troy


The Greek raid on Troy is chronicled in the Iliad and the Odyssey. These poems are pillars of ancient literature and continue to be carefully studied. Homer, who lived in the 8th or 7th century BC, is credited as the author. The actual conflict has been dated from 1260-1180 BC or even earlier. The question is, how close is Homer’s account to real history?

In the Orfeo Saga volume seven there are some familiar characters from Homer. Their motivations, as well as their history, can be radically different. Memnon is a self-made man and a petty king who craves the fabled gold of Troy. His brother Menas is king of Sparta. They assemble a coalition to sack the city. Telemon, not eager to join the expedition, is moved to act after his daughter Elena is taken. He seizes the city of Mycenae and goes to Troy. Odysees might not be as clever or brave as the man described in Homer, but he joins the expedition out of greed. He soon meets Orfeo’s son, who is in search of his first real adventure. Orfeo is on the Trojan side, and has to face the assembled military might of Greece as well as Odysees cunning plans. The Greeks have Ajax, who they count on to defeat any foe in single combat. Can Telemon - now an old man - defeat the greatest Greek warrior and recover his daughter?

The Raid on Troy might not be any closer to real history than the ancient poems, but it does offer insights into what might form the basis of the stories.

When I was younger I was a psychiatrist as well as a rug collector and dealer. I traveled to the East to learn more about carpets and the people who made them. I was exposed to cultures that preserved much from their past.

I developed an interest in how and why states form. I wanted to write books that explored the characters of people who created civilizations. I wanted to come to grips with what makes leaders tick. I suppose this comes back to my training as a psychiatrist.

The Orfeo series is designed for audiences young adult and up. Unlike some modern books set in the "heroic age" they have little sex and violence. I hope they convey the spirit of the Bronze Age and not our age!

Find him on Facebook:
https://www.facebook.com/orfeosaga/
Posted by Andi at 9:15 PM No comments:

This post contains affiliate links. When clicked through, I may earn a small commission to help support my websites.

From the bestselling author of the THE SOULKEEPERS comes a new series about dark magic, redemption and an unusual theater with life or death stakes…

Finn Wager’s luck has run out. Arrested for the one crime he didn’t actually commit, he’s forced to finish his education at an alternative school. The Revelations Institute is an upscale, private reform school with a 100% success rate. Delinquents go in and model citizens come out.

But students who don’t perform to expectations disappear. And although their bodies return model citizens, their minds are hardly their own. Something evil lurks inside Revelations, and if Finn and his new friend Hope can't find a way to stop it, they’ll risk more than their lives. The repercussions could cost them their souls.


Hope Laudner zipped her skirt and jammed her foot into one of her pristine white shoes. Most of the other girls were already gathered in the corner of the Paris High School gym, waiting to begin their dance squad’s halftime show. It wasn’t her fault she was late. Her father’s truck had died on the way into town. Why her dad insisted on driving that corroded robin’s egg-blue monstrosity was beyond her. Honestly, it made her blood boil. The thing was almost thirty years old.

Asking her mother for a ride was out of the question. Malini Gupta Laudner was a semifamous journalist with her own show on CNBC, and today, she was in Saudi Arabia interviewing some woman who was the first leader of something. Hope couldn’t remember.

Two months and she’d turn sixteen and be able to drive herself. She couldn’t wait.

She finished with her shoes and flipped up her head to fasten the bow over her auburn ponytail. “Holy Chr…istmas! What are you doing here?”

The man standing behind her had spiky black hair, blue eyes, and an internal glow to rival the LED lightbulb above her head. He also had two mighty wings that arched and twitched over his shoulders and smelled uniquely of sunshine and citrus. The good news: he wasn’t a stalker. The bad news: he was annoying as hell.

“I have a message for you.” His stubbled chin was tight with perpetual concern.

Hope lowered her voice. “This is the girls’ locker room, Gabriel. You can’t just pop in here.”

“No one can see me but you. This is important.”

“Important or not, it’ll have to wait. I’m on.” She grabbed her pompoms and headed for the gym.

“Souls are missing, Hope. Henry needs you to investigate. And now He is involved.”

Henry was Death, as in the Grim Reaper, an immortal in charge of ushering the dead into eternal life. He was big “H” he. The Big Good, God, the Alpha and Omega, I Am, or whatever else people called Him these days. Hope had no doubt that if both were concerned, the situation was serious. That didn’t mean she was willing to get involved. She had her own life, her own problems. And she sincerely doubted that two immortal beings needed her for anything.

“He’s an all-powerful being,” she said. “Tell him to snap his fingers and figure it out.”

“Hope!” The look of horror and offense on the angel’s face made her take pause.

“Ugh! I’m sorry, all right? I don’t have time for this right now. I have our performance, and then I have to study for my calculus exam. And I had to run a mile in the freezing cold to get here because my dad’s truck broke down. And I have menstrual cramps if you must know.”

Gabriel cringed. He hated when she talked about female issues. She smirked in response and headed for the rest of her team. He followed.

“Someone or something is reaping human souls. You are the last Soulkeeper, the Healer. This is your job—”

His wings flexed in annoyance.

She rolled her eyes. “Meet me at my window at midnight. I’ll be ready to listen.” He opened his mouth but she didn’t wait to hear what he had to say. She jogged from the locker room to join her teammates, fists pumping in the air.

G.P. Ching is a USA Today bestselling author of science fiction and fantasy novels for young adults and not-so-young adults. She bakes wicked cookies, is commonly believed to be raised by wolves, and thinks both the ocean and the North Woods hold magical healing powers. G.P.'s idea of the perfect day involves several cups of coffee and a heavy dose of nature. She splits her time between central Illinois and Hilton Head Island with her husband, two children, and a Brittany spaniel named Jack, who is always ready for the next adventure. Learn more about G.P. Ching and her work at gpching.com.

I was compensated via Fiverr for sharing this post. I only share those books that I feel may be of interest to my readers. Affiliate links are included. When clicked on, I may earn a small commission to support my websites. 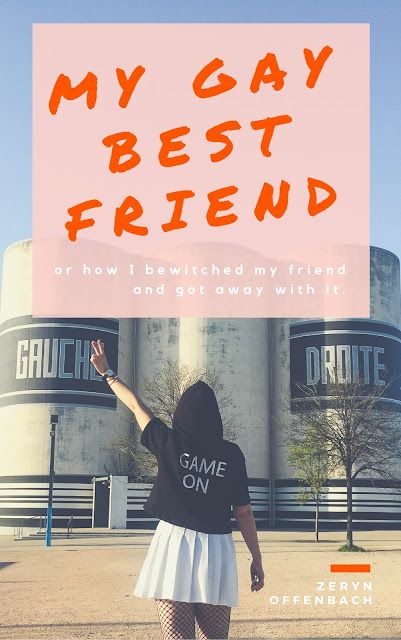 Tessa is seventeen, goes to Laguna Hells High, and is a witch.

But it quickly becomes a nightmare when she witnesses a betrayal from her best friend and decides to use her talents to punish him.

Something goes wrong (it usually does), and she has to deal with the disastrous consequences of her actions.

Running out of time and friends, Tessa will have to fix the situation before her high school and her social life are destroyed forever.

She laughed, a Disney-Evil-Stepmother monster of a laugh.

"Watch me, Oddball, and learn. I'm going to kill three birds with one stone."

The cat took a hesitant step toward her.

"You want to hang out with Nathan?" she said, picking up cauldron, vials and incenses from the heavy chest under her bed. There was a racket of tumbling potions and small saucepans as they spilled out of her shaking hands. "I'll give you Nathan!"

Oddball watched her, eyes glinting with interest. Tessa sat cross-legged in the middle of the room. She met his eyes and shrugged.

Zeryn is from Europe, lives in California, is owned by two evil kitties, and watches too much Netflix.
She also speaks of herself in the third person.
She will stop now.

To send love or death threats:
www.ZerynOffenbach.com
Posted by Andi at 6:00 AM No comments:

This post contains affiliate links. If you click on them, I may earn a small commission to support my sites.

A raw, gritty, urban poetic expression with an exploration of choices we have to make at the crossroads of life. The thoughts are honest, harsh, but hopeful. A perception of the media that feeds us, the spirituality that we cling to, the expectations of the society we are a part of, and how a young man fights to decipher, decide and climb the path not easily traveled, but most strengthened.


~Excerpt from Poem THE TEST by Frank Preston

Frank 'ThatGuy' Preston, is an artist with a powerful voice. His journey as a comedian, author and motivator didn't come easily and has lead him to have give back to the community by coaching kids, co-creating new sports, and sharing his growth through comedic videos, in person performances, his art and writing. He challenges the minds of his readers to see life through a different scope. As a speaker he explains the difficulties of life as a minority in a world that doesn’t accept him, and how anyone who is mistreated for their differences can overcome them to grow to be great. Frank positions himself as many other artist, writers, and speakers of today, but stands apart in his ability to speak the truth with no bounds.

Read an excerpt from The Lovely Dark by K.A. Last with Giveaway