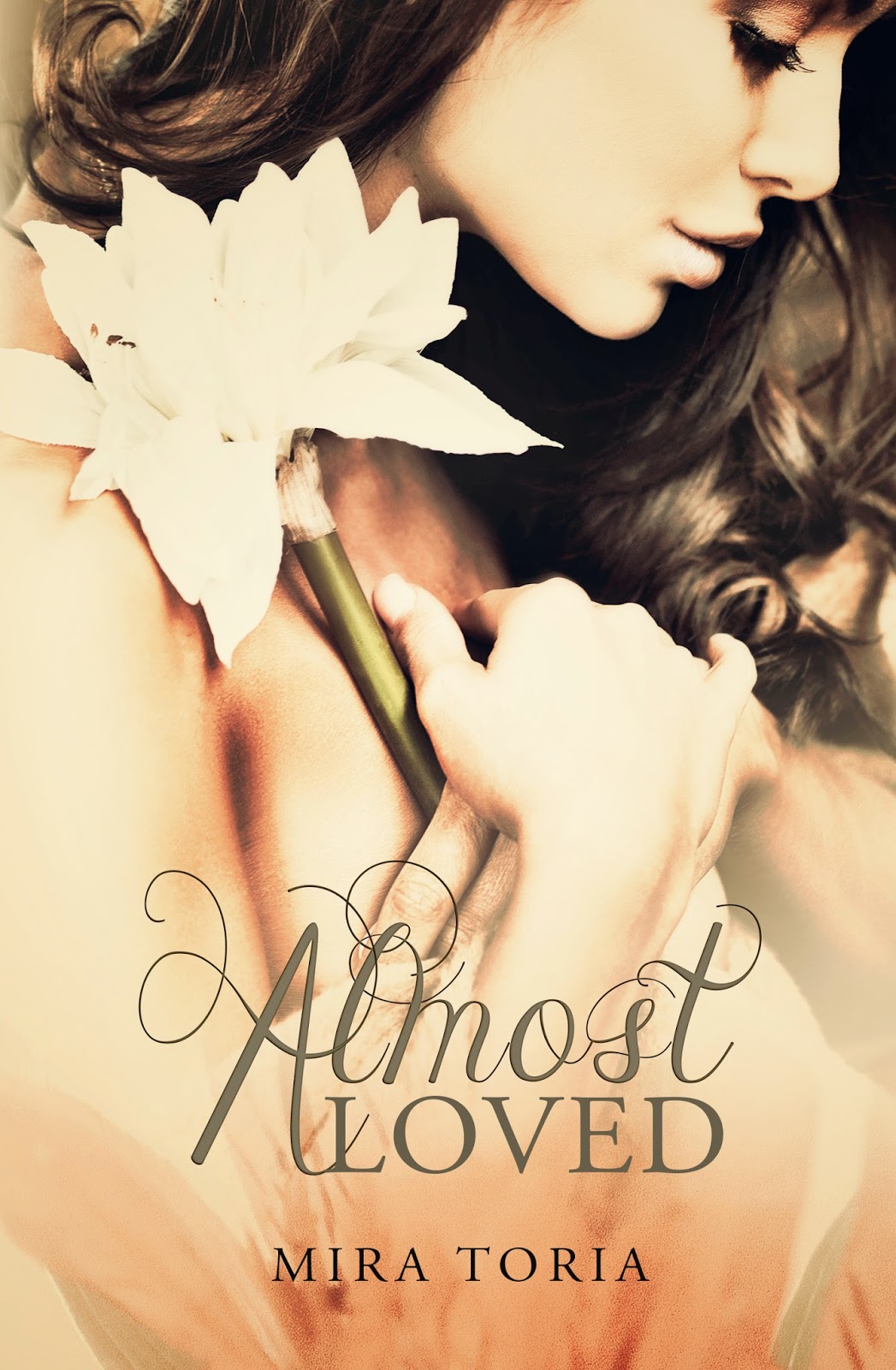 Falling in love is easy.

After Bradley, Lyris is convinced that love is temporary and the repercussions are permanent, but everything changes when she meets Hale. Falling in love with him begins as something tumultuous and unexpectedly effortless despite her resistance.

Lyris loves him.
Hale loves her.
Staying in love is hard.

As their pasts start to surface, how hard will they fight to stay together? Her ex holds a piece of her heart and he won’t give up without a fight – but that might not be necessary. Hale has a secret of his own that is enough to threaten everything before it even begins.

This isn't just a love story.
This is their story.

She got to the bar and closed her eyes while crossing her fingers. Speaking to no one in particular, she muttered, “Please, please, please don’t make this night another disaster. I swear I’ll be good, just please don’t make this another disaster.”
“Well since you said please so many times.” Her eyes fluttered opened to see a bartender with an amused smile playing on his mouth as he tried hard not to outwardly laugh at her. “Exactly who are you selling your soul to?”
She laughed despite her embarrassment and took a closer look at him. There was no doubt in her mind that while she wasn’t looking for a hook up, she wasn’t immune to beauty and she would be foolish to dismiss this man because he was definitely something noticeable. To her, it was similar to window shopping and admiring a dress in the window – she didn’t have to purchase something to admire it.
And now I know why people say ‘hot damn.’
His dark hair was cut shorter on the sides but with more volume on top, as if someone had casually run their fingers through it. Her fingers twitched and it crossed her mind that she wouldn’t mind running her fingers thought it. Forcing her hand to stay still, she lowered her eyes, taking in his jawline and admiring how it accented his sharp features in a way that prevented him from being too pretty. When her eyes veered to his mouth, she noticed the smirk deepening with each second she took blatantly and shamelessly checking him out.
She blinked and smiled, trying to pretend that she wasn’t doing anything out of the ordinary. “No one,” she quipped, “I’m just talking to myself.”
“The first sign that someone’s overdue for a drink,” he said light heartedly. “What can I get you –” He trailed off and looked at her pointedly to finish off the sentence.
Something about the way he phrased the sentence made her smile coyly. This wasn’t her first time flirting and she knew very well when a hook was being thrown at her, waiting for her to take a bite. “You what?”
The corner of his mouth twitched when he realised she wasn’t going to make it easy for him. “Usually people finish that sentence with their name.”
“I’m not like usual people.”
“Definitely not like usual people.” Shaking his head and laughing under his breath, he swapped a new tray for a waiter before he turned back to her. “I do remember you said you’d be a good girl,” he reminded her. “You’re not off to a very good start.”
He filled a glass with champagne, promptly tipping it towards her like he was waiting for her to take it, but when she did reach out, he pulled away at the last second.
Her eyes narrowed as she tried to figure out what he was playing at. There were people who were like open books, easy to read and predict, but then there were people like this man. They were the ones that were seemingly transparent, but had more than a few tricks up their sleeves. It was just her luck that she had a soft spot for that.
His eyes were bright with mischief as he moved the champagne glass out of her reach. “What are you doing?”
He wasn’t like anyone she’d ever met and she found the corners of her mouth tugging into a reluctant smile. There was something about his confidence that was refreshing; where it was enough to be charismatic instead of pure arrogance. “Can I have my drink?” she asked.
He grinned cheekily as he placed the glass on the bar island to lean closer to her. “I meant later on tonight.”


“Did you, now?” She propped her elbow up on the counter and tilted her head as she studied him. “Tell me, how many girls have you used that line with tonight?”
He brought his face close to hers, so close that if anyone even slightly bumped into Lyris, she would’ve grazed her mouth against his. Her breath caught in her throat and she was tempted to run a finger down his jaw line, to just simply touch him, despite accusing him of being a womanizer.
“Honestly?” He looked held her gaze. “Just the one girl I’m looking at right now.”
It was as if the music and the party buzz fueled the tension between them. Looking away didn’t cross their mind as they were both intoxicated in some way.
“Do you usually go home with strangers?” She spoke in a whisper, fearing that the moment would be shattered by noise if she were any louder.
He held his cards close and replied in a low calm voice. “Would you call us strangers?”
Grinning, she turned her face so that her mouth was by his ear. She was so close to him, she heard him catch his breath ever so slightly as she moved deliberately slowly. “I don’t really recall hearing a name,” she whispered, letting her words linger.
She felt his hands on hers before he pulled back and brought a single finger to lift her chin towards him. It was simply a touch, the briefest of contact, yet it was electrifying.
“It’s Hale.” The corner of his mouth looked as if he was trying hard to suppress a full smile. “And what might yours be?”
They had both taken their time answering questions, deliberately extending their answers and teasing the other for as long as they could, so she didn’t feel compelled to answer right away. She took a few seconds to calm herself down. Hale was certainly captivating and despite how often her blind dates failed, she knew very well when to end a game while she was ahead.
Moving back, she kept her eyes on him as she grabbed a napkin and brought it to her mouth. Pressing it on her lips and keeping her eyes on his, she left an imprint of her lipstick and placed it on the counter before sliding it towards him. There was something about the way his brow cocked just slightly in bemusement that fuelled her with a desire to linger, but she wasn’t a fool to believe she was the only woman that wanted to hold his attention tonight.
She was going to leave on her own terms.
“I’ll tell you what I’m not going to be; another conquest. Good-bye, Hale.” Smirking she grabbed the champagne flute and tipped it as a thank you towards him before sauntering back to her friends.
It was difficult to explain, but she felt as if she were on a sort of high. She felt light and something about being so carelessly free lifted a weight she didn’t know she was carrying. Even if she wouldn’t meet anyone tonight, Evey’s suggestion of letting loose did have an upside – she’d never felt like this for a long time. 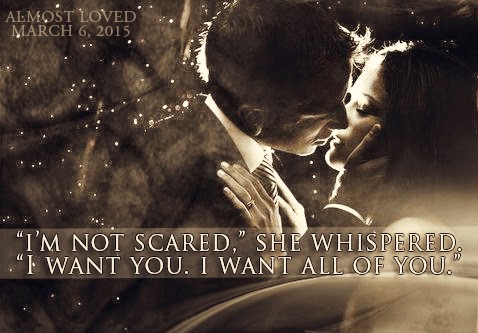 I admit that I struggled a bit starting this book. Lyris felt like a confusing character, contradicting herself within her personality. At work, she was carefree and happy. At the party where she first meets Hale, she has confidence as a slight bitchy streak that casts away any man who comes within her comfort zone. And then all of a sudden, she would be reduced to a puddle of despair. She couldn't make up her mind about what she wanted from Hale. She keeps referring to her ex Bradley, but never talks about what was so awful about her relationship with him. I will say that I am sure many of us have had that ex who haunts us and makes it difficult to move on for a little wihle.

Halfway through, as the relationship between Hale and Lyris intensifies, I was feeling better about the two of them and rooting for them to make it. Truths are starting to come out and their relationship is truly tested. As I got to know more about her past with Bradley, Lyris's confusion and vacillating feelings started to make more sense. Hale shows that he is even more vulnerable than you would have originally thought, as well, with his own past experiences. It is interesting how these two lives are so much more intertwined than anyone had ever imagined.

I felt like the truth about what happened with Bradley seemed almost too intense and crazy. More consequences should have resulted from those interactions. A fraction of those events would have sufficed to explain how much pain he had caused her and feel more realistic to me.

I feel comfortable giving this book three stars because it has some great potential as a romance. Their struggle is familiar on many levels. You want to root for them both as a couple and for overcoming their own personal demons. I can also feel this author's ability to grow as a writer as she continues on her journey.

I received a complimentary copy of this book in exchange for my honest review.


Mira Toria is a a bit of a romantic even though she flat out denies it. She daydreams more often than she would like to admit and often times she can be found scribbling story ideas onto any writeable surface because a clean napkin comes to mind before her phone.

She is also 1/5th of MALICE Authors, a group of authors that have banded together with their love of story telling to bring together an array of stories.

a Rafflecopter giveaway
Posted by Andi at 2:37 PM