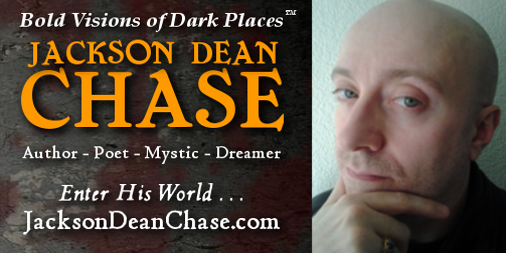 Now available - the fourth offering from YA horror writer Jackson Dean Chase. Check out the poems and stories in Gore Girls. 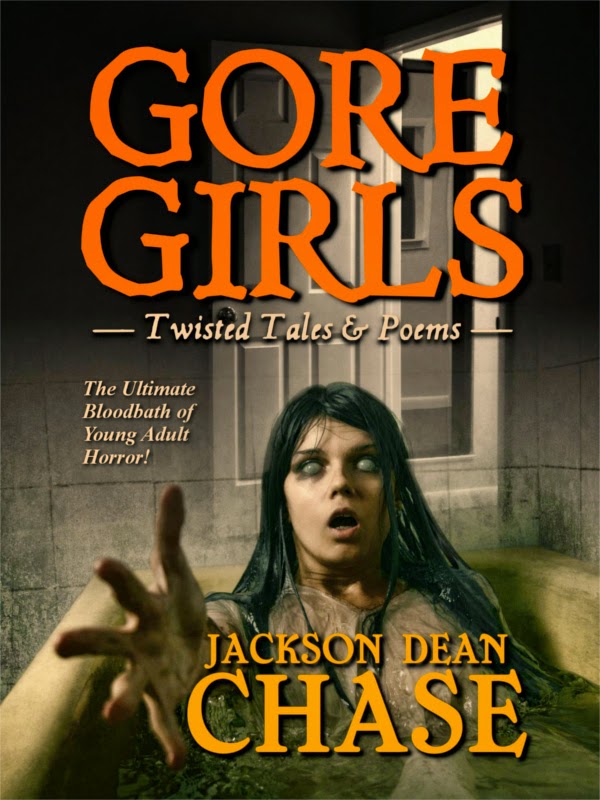 Beware—here comes the Ultimate Bloodbath of Young Adult Horror! These pages are packed with zombies, demons, witches, and worse! Get ready for the most disgusting, insane tales ever, plus morbid poems for damaged minds...

You get 40 stories and poems for one low price: Two sisters hide in their attic from the zombie apocalypse... An unpopular girl's suicide leads to a father's ghastly revenge... An alien blob turn teens into slimy monsters... Evil spirits promise power to a face-stealing maniac... A crush on the boy next door becomes a deadly obsession... and much, much more!

Read a poem from the collection:

There are evil spirits that lurk
in far and distant corners.
Waiting to come in,
to be invited
by the bored and broken,
the desperate and angry,
by those too curious for their own good.
These spirits do not live,
yet they exist!
Their sole purpose to destroy
the weak and strong alike.
They are waiting
for your invitation,
that one welcoming word: 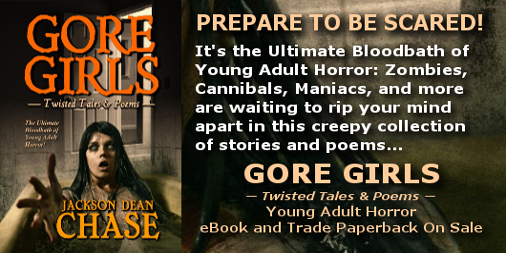 Read an excerpt from "My Own Decisions":


I peeked out the window. I didn't much like looking outside anymore, not since the dead started coming back to life. It was pretty gross seeing strangers walking around all dead and rotting, but friends and neighbors were the worst. Like old Mrs. McGruder next door, who'd been like a grandmother to me, but now walked around in circles on her front lawn with half her face chewed off. Or that cute boy, Eric Westin, who lived two houses over. He'd been my first kiss last summer.

It hadn't worked out with him, thanks to stupid Angela Overton, who'd stolen Eric from me a week later. No, I wouldn't be making out with Eric again, and not just because he was a zombie. Angela still had him, and they were undead together, all vacant-eyed and drooly-mouthed.

I saw them now, stumbling up and down the street, holding hands like it still mattered. Nothing much mattered, but at least they had each other and that was something. What did I have? A smelly attic, a few days worth of food, and a sister who hated me. Something had to change... 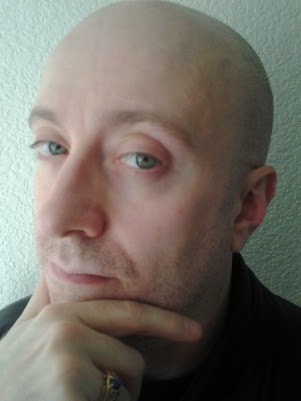 Jackson Dean Chase brings you Bold Visions of Dark Places. He is the author of the Horror Writers' Phrase Book, The Haunting of Hex House, The Werewolf Wants Me, and Come to the Cemetery.
He lives near Seattle with two cats and no fear.

Check out Jackson Dean Chase's other YA horror books on Amazon! 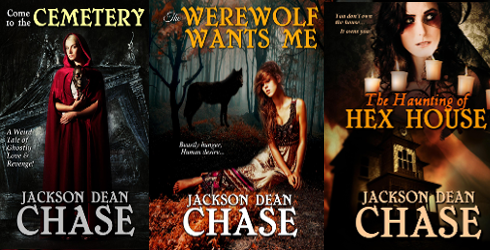 Come to the Cemetery

The Werewolf Wants Me

The Haunting of Hex House
Posted by Andi at 3:00 AM