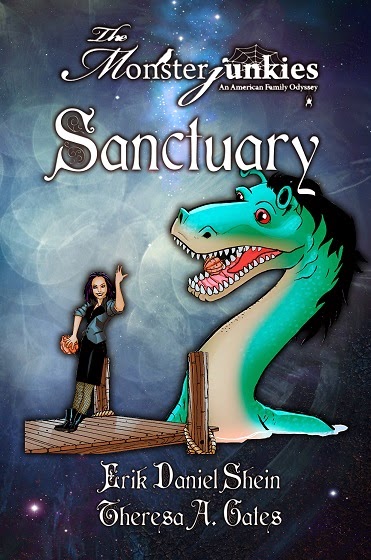 A year has passed since the Monsterjunkie family has opened up their mysterious, macabre estate to a few trusted souls. But Crow and his sister Indigo face new challenges, including random acts of cruelty and harassment, a secret trauma that haunts Crow, and a shocking crisis with a close friend as they seek sanctuary in the most unexpected and unusual places. The Monsterjunkies continue their ancestral legacy in the world of cryptozoology, and delight in their quirky, mystical, and charming traditions. But can this enchanting family raise their children in a world that is not?

Check out the Kirkus Review!

Erik Daniel Shein was born Erik Daniel Stoops, November 18th ,1966 He is an American writer, and visionary, film producer, screenwriter, voice actor, animator, entrepreneur, entertainer, and philanthropist, pet enthusiast and animal health advocate. He is the author and co-author of over 30 nonfiction and fiction books whose writings include six scientific articles in the field of herpetology. His children’s book, “The Forgotten Ornament” is a Christmas classic, and was endorsed by Hollywood legends Mickey and Jan Rooney.
Posted by Andi at 12:00 AM