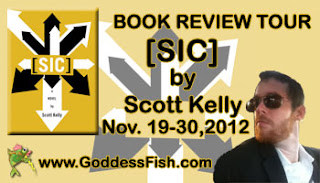 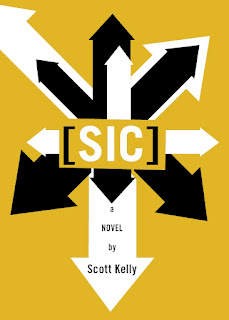 BLURB:
One rule: If another player taps you on the shoulder, you have to completely change your life within the next fifteen minutes. In front of everyone. Your car, your virginity, your grades, your identity – nothing is safe. When five high school students from the wrong part of town devote their lives to playing the game David invented, they walk a line between insanity and enlightenment.

“I disagree. It was easy to start playing,” I explain, “It was easy to want to change things when everything was bad. But, in the end it’s about loyalty to a higher ideal. Maybe the highest ideal. You get one turn at life, and you’re more or less assigned a role from the start. For some people, it’s a nice one. For us, it was a bad one. But, it should be true for anyone. If this is your one opportunity at life, isn’t the ultimate homage you can pay to its creator—to God, or even to yourself—to systematically explore every possible dimension of human existence? Isn’t that a nobler ideal than raising a family? There are plenty of families. Maybe if you live in a time or a place where life means something, where you’re fighting in a war or rebuilding after one, or something with some narrative…but here in America, here and now, life has no point for us. The only causes available to join are corrupt ones. So why not do the best thing possible and explore every dimension of life?

"Isn’t that what everyone worked so hard for? Isn't that the big dream, to spend life experiencing it? Well, we're here. We accomplished the dream, life in America is easy. It's time to live a little, because nothing is coming next. And if there is a God, and a Heaven, you should ask yourself: what have you done with this life that's so great you deserve another one? Would you spend your time there counseling angels? Do accountants dream of crunching numbers on clouds?

“Could everyone play Eureka? No, society wouldn’t function. But should everyone who can play Eureka? I don’t know. I don’t know. But me and mine, much as I can hate them, I know: we are the result of all this quality of life that has taken the place of the actual quality of your life. But, I also think it requires you to be a sociopath. So, maybe I am a sociopath, or a narcissist, or whatever you said David was.”

This book is one of those that catches you off-guard and latches on to your inner soul as you battle your own personal moral value system, trying to decide how you really feel about the characters and what they are doing. The idea behind Eureka is brilliant, yet terrifying. There is a part of you that wants to join in the fun, while the other part wants to run in the opposite direction. It can so easily get out of hand and destroy lives, instead of fixing them as intended.

I started to get a little anxious and antsy toward the ending of the book as I tried to sort through everything that had happened. The ending has a twist that is a bit of shocker, though at the same time I expected it. A part of me wants to go back and reread the book, knowing what I know now, to see how the story fits. You could learn a lot from it and it could inspire a lot of conversation. 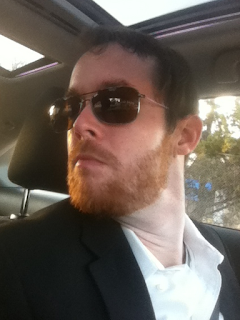 AUTHOR INFORMATION:
When Scott was eleven, he was so upset by the ending of the classic story Robin Hood  that he wrote his own and stuck it into the book. When he was fourteen he finished his first novel. By the time he was nineteen, he’d written four–the latest, JIMWAMBA, was published by an independent press in the United Kingdom. Dissatisfied with the experience, he took to stealing paper from his University and selling staple-bound copies of his manuscript at local festivals and gatherings, earning him a cult following that only grew as his eBook FRIGHTENED BOY reached its thirty-thousandth reader. He is a presence in the burgeoning social writing scene as a contest judge for the website BookRix, winner of WeBook’s “Page to Fame” contest, and chart-topper/featured author on the website WattPad. Over fifty-thousand people have read one of Scott’s novels online.
Scott’s constant need to improve his writing took him through a college education in Literature. He became determined to bring what he loved about classic literature to the modern reader, in a manner they’d appreciate as something new, but with its dues paid.
Scott Kelly is the ‘fresh new voice.’ He writes daring literature that asks difficult questions about the nature of humanity, but layers it in so many delicious coatings of action, thrills, and intrigue that readers often forget they are reading novels that address delicate questions about identity, perception and death. He delights in taking complex philosophical and metaphysical themes, but breaking them down using entertaining, familiar story setups – that he then mangles in attractive ways.
Now twenty-eight, he performs intellectual property duty for a lab where experimental drugs and chemicals are concocted. But while the chemists are busy filling beakers, Scott is trying to save compelling, thought-provoking literature for a new wave of readers.

Scott will be awarding a $50 Amazon card to a randomly drawn commenter during the tour. Follow the tour for more chances to win!
Posted by Andi at 2:18 AM