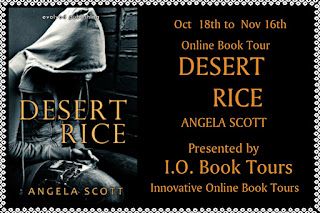 I reviewed Desert Rice a few months ago and was quite moved by it. I was excited to have another opportunity to bring this book your way. Please enjoy a guest post from author Angela Scott and then check out the first chapter below.

How do you handle Toxic Feedback?

I remember being a young girl, perched on a stool in the middle of my kitchen, singing along with the radio, belting out the words of the song with such passion and emotion as my mother cut my hair (she was a hairdresser back in the day and so our haircuts came free—lucky us).

I was feeling the music all the way down to my soul. I was a singer! I could sing just as well as Crystal Gale, or so my thirteen-year-old self believed. I knew I was that good.

Then my mother, the woman I so admired, so loved, told me, “Angela, I’m so glad you took up an instrument instead of joining the school choir.”

What?! What the heck did she mean by that? Was my own mother telling me I sucked at singing? Really?

I truly believed so. At least that’s the way I took it.

And to this day, I remember that scenario clearly (my mother denies saying any such thing or that the situation even happened at all) and because of it, I have a singing complex. I still love to sing, but I don’t do it nearly as loud, nor do I sing in public places—I whisper-sing when anyone is around. I’m super self-conscious.

The feedback I received from my own mother had a lasting impact on me that even twenty plus years later, I still feel it.

As much as writers crave feedback—good feedback, constructive feedback—every writer at some point will receive some toxic feedback that will make them want to cry, take a hammer to their laptop, and swear they’ll never, EVER write again. No matter what. You can’t make me.

And to make matters worse, that feedback was usually given by someone we admired greatly and so wanted to impress. To find out we didn’t impress them one bit can be pretty damaging and heartbreaking to our fragile writer’s ego (yes, we’re fragile, we are. We want to be tough, but it still stings—we’re human after all).

Putting ourselves out there by handing over our writing, something we’ve put our heart and soul into can be scary. Then to be told it just wasn’t good enough can really affect how we continue to look at ourselves and our writing paths. Each writer is different and each writer will take that piece of feedback and react to it differently as well. For some, it will be the end all to end all. And for others, they will use it to better themselves in an act to prove that particular feedback provider wrong.
Recently, I read a book titled, Toxic Feedback, Helping Writers Survive and Thrive by Joni B. Cole, in which she discusses this very thing. If you have read Bird by Bird by Anne Lamont, then you will enjoy Joni B. Cole’s writing style and approach—very personable and humorous. Because I like to use little post-it notes to mark passages or areas of a book I find useful , my copy of this book now looks like a freaking rainbow, there was so much I found valuable and worth marking.

At some point in your writing career, someone is going to make you feel like crap. It will happen. It will. Whether it’s early in your writing—be it a teacher, professor, even your own mother, or heaven forbid, your spouse—or later, after you’ve been cultivating your writing for years—rejections from agents, publishers, or you receive a horrible review from a reader who gives you one stinkin’ star out of five—it will happen.

But in her book, Toxic Feedback, Joni goes on about how we should process that information, how to approach it. And more importantly, I feel, she discusses how WE should go about giving feedback to others who ask it from us. Because like it or not, receiving feedback and giving feedback can be a highly emotional thing if not done correctly. It could actually be more damaging than good
I love Joni’s definition of feedback, or what she believes the definition should be: “Any response to a writer or his work that helps him write more, write better, and be happier.”

Wow. Isn’t that great? That’s the kind of feedback I want. Don’t you?

And that’s the kind of feedback we should be giving, as well.

Now, don’t confuse this with being all fake and saying positive stuff about someone’s writing that is seriously lacking and needs a ton of work—that’s not what I’m saying here or Joni either. That defeats the “write better” portion of the definition above.

It’s all about the approach. We need to be conscious of how we approach a person’s work, how we encourage them to fix those areas—spelling, character development, plot issues—without making them feel like a loser. Joni gives some great pointers in her book about how to do it correctly. We also need to look at ourselves and understand how we process and react to negative feedback as well—we need to understand the intentions.

The cold hard truth is that we all need feedback. We do. Without it, we risk setting ourselves up for failure and humiliation. For me, I know I’d much rather have one of my critique buddies tell me I have a piece of broccoli in my teeth (embarrassing and slightly humiliating) than to be standing in front of the world, smiling like an idiot, with broccoli in my teeth, making people uncomfortable or worse yet, causing them to gag.

If you haven’t added Toxic Feedback to your writer’s library, I highly suggest you check it out. Just as important as it is to know where to place a comma, or what things to avoid in writing your first five pages, I think knowing how to give and process feedback ranks right up there with things all writers should know and be aware of.

The sooner we can come to understand negative feedback and how to utilize it to make us better writers, the sooner we will improve not only our writing but other writers writing as well. 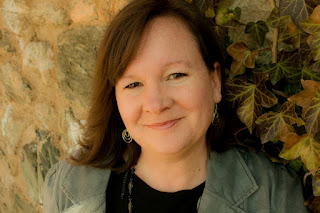 BIO:
Angela Scott hears voices. Tiny fictional people sit on her shoulders and whisper their stories in her ear. Instead of medicating herself, she decided to pick up a pen, write down everything those voices tell me, and turn it into a book. She's not crazy. She's an author. For the most part, she writes contemporary Young Adult novels. However, through a writing exercise that spiraled out of control, she found herself writing about zombies terrorizing the Wild Wild West--and loving it. Her zombies don't sparkle, and they definitely don't cuddle. At least, she wouldn't suggest it. She lives on the benches of the beautiful Wasatch Mountains with two lovely children, one teenager, and a very patient husband. She graduated from Utah State University with a B.A. degree in English, not because of her love for the written word, but because it was the only major that didn't require math. She can't spell, and grammar is her arch nemesis. But they gave her the degree, and there are no take backs. 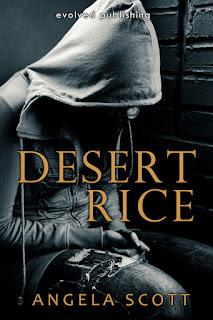 BLURB:
Samantha Jean Haggert is a beautiful twelve-year-old girl—but no one knows it. All they see is an awkward boy in a baseball cap and baggy pants. Sam’s not thrilled with the idea of hiding her identity, but it’s all part of her older brother’s plan to keep Sam safe from male attention and hidden from the law. Fifteen-year-old Jacob will stop at nothing to protect his sister, including concealing the death of the one person who should have protected them in the first place—their mother.

Sam and Jacob try to outrun their past by stealing the family car and traveling from West Virginia to Arizona, but the adult world proves mighty difficult to navigate, especially for two kids on their own. Trusting adults has never been an option; no adult has ever given them a good reason. But when Sam meets “Jesus”—who smells an awful lot like a horse—in the park, life takes a different turn. He saved her once, and may be willing to save Sam and her brother again, if only they admit what took place that fateful day in West Virginia. The problem? Sam doesn’t remember, and Jacob isn’t talking.


“Grab ‘er feet!”
Grabbing her feet meant I had to touch her, and that was the last thing I wanted to do.
“Don’t just stand there.” Jacob bent over and took hold of her by the shoulders. “I can’t do this on my own.”
I shook my head. “I can’t.” The stench was awful and it made me gag. Using the collar of my shirt, I pulled it up over my nose to help diffuse the smell.
Jacob stood and starred me down. “Sam, there’s no other way. You have to help me. Just grab ‘er feet so we can get this over with.”
The idea of touching a dead body scared me and I shook my head once more.
“So you want to leave her here?” He swung his arm wide. I flinched, but my brother wasn’t trying to hit me, only emphasize his point. He needed help, and there was no one else to give it to him but me. “Out here, where people can see her and the wild dogs might get at her? Is that what you want?”
No, I didn’t want that. Of course, I didn’t want that. I’m not that cruel, but I still didn’t want to touch her. I didn’t care that she was my momma. I was frightened. I’d never been this close to death before. What would it feel like to touch a dead person? Would she be as stiff as a
board? What if the sheet fell off her face and I saw her staring right at me? I’d have nightmares forever. I just didn’t want to do it.
“We have to get her inside,” Jacob said. “It’s the right thing to do. It won’t be that bad, I swear. We’ll be quick. I need your help, Sam. You have to help me.”
Jacob had already wrapped her in a bed sheet. He rolled her up tight like you see in the movies where they roll a dead body up in a rug. He told me to wait inside while he did it. I was grateful she was covered up, because Jacob said that death makes a person look frightful, especially if they died rather violently, and that I shouldn’t even attempt to look. I had no intentions of looking—none whatsoever. She was already beginning to smell. The smell of death assaulted my senses and it took everything I had not to pinch my nose. I wanted to, but I didn’t. I figured that would be rude.
Jacob found her outside the trailer, stone cold on the dirt packed ground. He said he could smell the alcohol on her. I didn’t know what it would be like to have a mother who didn’t smell of beer, cigarettes, and cheap perfume. I figured all mommas smelled that way; around these parts, most of them did.

a Rafflecopter giveaway Buy on Amazon: Kindle | Paperback
Posted by Andi at 7:28 AM