Interview with C.B. Lyall, author of Virus of Beauty

Welcome to the Name Before the Masses book tour for The Virus of Beauty by C.B. Lyall! We're going to get to know her a little bit better today in this interview, plus get a sneak peek into the book with an excerpt. Ask more questions in the comments section! And be sure to follow the rest of the tour for more. Best of luck entering the giveaway! 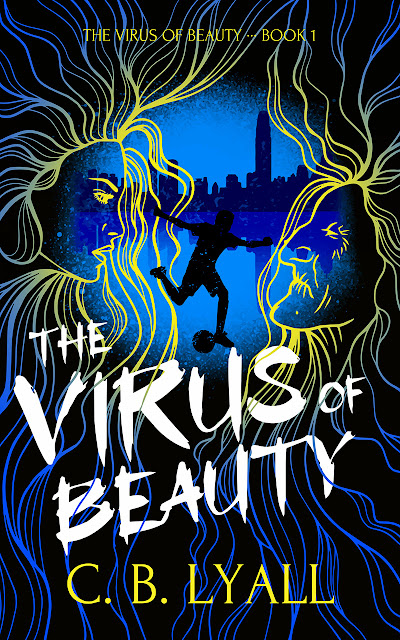 Ugliness is power, and the Virus of Beauty is spreading causing panic throughout the witch population.

Wilf Gilvary is a teenage wizard who is terrified of using magic. When his father dies under mysterious circumstances, Wilf is plunged into the middle of a political struggle between the witches and wizards in the Magical Realm. He’d rather play soccer than practice magic, but he’s forced to make a choice between the life of a normal Hong Kong teen and one of wizardry after a powerful virus begins to decimate the witch community. The cure is spellbound in a journal Wilf inherited from his father and when his friend Katryna contracts the virus, Wilf understands that he must overcome his fear of magic to unlock the journal’s secrets – but will it be too late to save her?
Read an excerpt:

Katryna hurried along the dimly lit corridor. Its dark, stained carpet and peeling paint reflected the building’s location. This wasn’t a part of town she usually visited. The balconies and entrance might have a view of the market square, but at the back of the building pulsed the Veil. The swirling gray mist had separated and protected the witches of Mathowytch from the citizens of Kureyamage for over fourteen years.

She unlocked the door of a studio apartment crowded with chintzy, overstuffed furniture. A cat lay sprawled along the back of the sofa in the sunlight, licking his paws. Katryna wrinkled her nose at the smell of cat and decay. Flies buzzed around the cat’s dirty food bowl, and she zapped them, hoping the frail old witch wouldn’t be upset with her use of magic.

Griselda lay on the bed in a fetal position, whimpering. Katryna sat down next to her in a wooden, high-backed chair. She reached to rub Griselda’s back, but then pulled back. It might not be safe to touch the old witch.

“Can I get you something to eat?”

Griselda shook her head and remained facing the wall.

There seemed to be very little Katryna could do. Perhaps that was why Ermentrude had forgotten to add Griselda’s name to the list of new cases to visit. However, her mother had been distracted before she left. Ermentrude might be among the city’s most powerful witches, but she made time to visit the sick whenever she could. Her mother’s hard outer shell hid a soft center of community spirit. The problem was, Ermentrude expected her daughter to pick up the slack whenever she disappeared on a new, urgent assignment for the Witch Council.

Buy on Amazon
(affiliate link)
Do you have any tattoos? Where? When did you get it/them? Where are they on your body?
I do not have any tattoos and have never wanted them. One of my first short stories to be published was about a woman whose husband had left her. As she came to terms with the situation and began to move on, she decided to get a butterfly tattoo. It’s nice having characters to experience things for you.

Is your life anything like it was two years ago?
I live in the same house but hadn’t published my novel two years ago. I used to get very nervous giving interviews and readings from my novel. Now, I’m more comfortable talking about myself and my work.

How long have you been writing?
Since I was young, but it is only recently that I began to take my writing seriously. Before then I would send short stories to my family and friends for entertainment. After completely some writing course at the Writing Institute at Sarah Lawrence College in Bronxville, NY my writing journey took a more professional turn. At the Writing Institute I met a number of talented debut authors who I’m pleased to call friends. We formed our own support group, and they are my first readers on any new project.

What advice would you give a new writer just starting out?
Take some classes and connect with other writers. Also write every day, even if it’s only one paragraph or page. A page a day gives you a first draft in a year.

Tell us something about your newest release that is NOT in the blurb.
In the Virus of Beauty, the witches who are considered beautiful are the ones without the power, the uglier you are the more power you hold in the Magical Realms. A stark contrast to our own world.

The power struggle between the witches and wizards started because the wizards wanted to maintain their position as the dominant ruling class. However, Ermentrude and her coven have captured the city of Mathowytch, which they hold under witch rule. The wizards have developed a virus to reduce the witches magical powers in the belief this will force them to surrender the city and accept wizard rule once more. 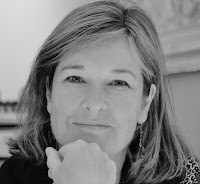 Carolyn Lyall was born in Stockton-On-Tees, United Kingdom. As a child Carolyn growing up in Northern England in the sixties Carolyn loved sports, reading and amateur dramatics. She joined a renaissance group, practiced the broadsword and dreamed of visiting other worlds. Her passion for what could be drove her forward when faced with everyday struggles. Her first memorable skirmish with gender inequality came at nine-years old when she was told that only boys were allowed to play soccer. In response, she simply refused to do any classwork until they changed their old-fashioned policies. She won that battle.

At the age of 18, she took a role as typist for a nursing school in Middlesbrough. She then moved to London and enrolled in night school. She was quickly recognized for her ability to fit in anywhere and for not being afraid to push back on the predominantly male leadership. She eventually became a project manager in software development and micro-computers, bridging the gap between computer programmers and management.

Her dream to travel was finally realized in 1990 when she moved to New York City, USA with her husband and the first of three sons. This was the steppingstone to a lifelong adventure that has taken her and her family to India, Belgium and Hong Kong.

Raising her family in multiple countries around the world, she saw that each move, while a shock, was an opportunity for her sons to redefine themselves against new challenges and different cultural norms. Now, that her sons have left home, Carolyn has used her passion for the fantastic to create a world where every day gender inequalities are at the forefront of a world ending conflict. She shares this story through the eyes of a young man who is suddenly thrust into this new world along with all of his own woes and prejudices. The introduction to this world is in Carolyn’s debut YA fantasy novel, “The Virus of Beauty,” due to be released July 31, 2019 under C B Lyall.

Carolyn has published two short stories in an annual anthology by 25 Servings of Soop. She wrote a number of articles for the American Women’s Associates Magazine. Fueled by her love of the works of Terry Pratchett, Sarah J Maas, Cassandra Clare, Brandon Sanderson and others, Carolyn has completed a number of writing courses, which included a Master Fantasy/Science Fiction writers course with Gotham Writers’ Workshop, a YA Voice class and Advance Novel Writing course at Sarah Lawrence College’s Writing Institute.

One randomly chosen winner via rafflecopter will win a $50 Amazon/BN.com gift card. Follow the tour for more chances to win!
a Rafflecopter giveaway
Posted by Andi at 3:30 AM