Welcome to the review tour for Finding Frances by Kelly Vincent. This is not your typical contemporary YA novel, but I quite enjoyed it. Stay tuned for more of my thoughts. You're also going to get a sneak peek inside with an excerpt. Please share your thoughts with the author! And then follow the tour to find out what other people thought of the book. Best of luck entering the giveaway! 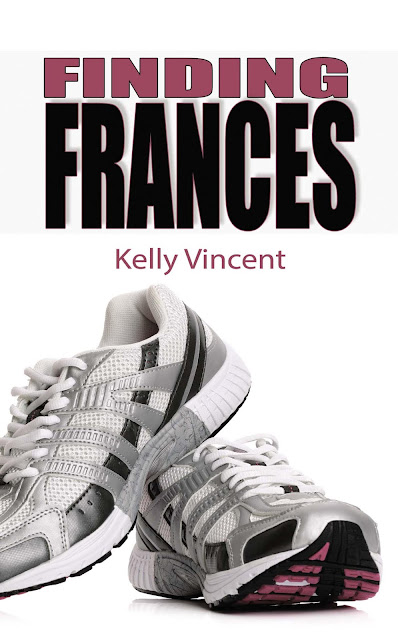 Retta Brooks thinks her life is on track after convincing her overprotective mom to stop home-schooling her and allow her go to Buckley High. She comes home from a night out with friends to find that her whole world has changed, and she has extremely hard decisions to make. Not to mention finding the answers to questions some people would rather she not know. Is she strong enough for what lies ahead?

I Googled everything I knew about the crash. I had the rough date, so I searched for news records of wrecks then. But there were tons, and the old newspaper records required payment. I found a few sites that would let me search accident reports by state, which made me realize I didn’t even know for certain where the crash had happened.

I did know that right after it happened, Mom had moved us to Buckley and rented this house. I’d been born in Lincoln, Nebraska, so maybe it had happened in Nebraska. Yet I’d always assumed we had already been living somewhere in Iowa. Maybe it was Mom’s family who was from Nebraska. But where else in Iowa had we lived? Des Moines, since that was the newspaper I’d found?

Also, it occurred to me that it was weird we didn’t have much money. If all those people had died, surely Mom inherited money or got insurance money. It made no sense.

Googling everybody who had died brought up records of long-dead people with similar names and nothing more. What if it was all made up? What if those weren’t their names at all? What if I was adopted—or worse, kidnapped? That would be crazy. But it also would explain why Mom was so paranoid.

Could that really be it?

**My thoughts**
I was completely engrossed in this book pretty much from the start. It isn't your typical YA contemporary novel.

Retta has lived a pretty sheltered life. Her mother insisted that she be homeschooled for years. She isn't allowed to go out on her own. She has no friends. And she suspects that her mom has been lying to her for quite some time about their past. She has finally won the battle to be allowed to attend the local high school and her mom says she'll eventually reveal more of their past. But her mom continues to be highly overprotective and drags her feet about saying much of anything.

Still a typical teenager in many ways, Retta rebels and tries out for the track team, because she loves running, and ends up making friends. She finds ways to spend time with them, even though she really isn't supposed to, until finally something horrific happens and Retta's life changes forever.

As all of this is going on, she dives deeper into her mother's past, desperate to find out the truth about her mother and subsequently herself. And she is having a hard time trusting people, which makes perfect sense, especially as more is revealed throughout the book. It's completely riveting watching her go on this quest for the truth. A bonus is that her mom was a Pearl Jam-loving grunge girl, and therefore follows my own heart.

And a side note thank you to those women who run the underground and save so many lives.

Thank you to the author and Goddess Fish for providing me a review copy of this book. All thoughts and opinions are my own. 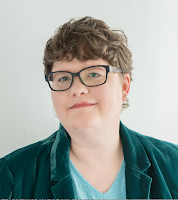 Kelly Vincent wrangles data weekdays and spends the rest of her time playing with words. She grew up in Oklahoma but has moved around quite a bit, with Glasgow, Scotland being her favorite stop. She now lives near Seattle with three cats who definitely help her write her stories. She’s also working toward the Red Earth Master of Fine Arts in creative writing at Oklahoma City University.

Kelly Vincent will be awarding a $40 Amazon or B/N GC to a randomly drawn winner via rafflecopter during the tour.