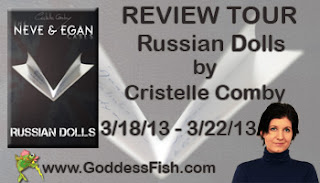 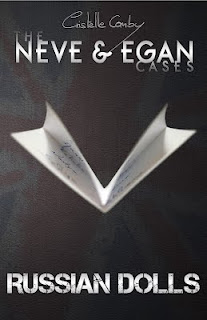 BLURB:
Alexandra Neve is a student at University College London whose world suddenly falls apart. When her best friend jumps from the university’s rooftop, she can’t stop herself from asking, ‘Why?’ The police rule her friend’s death a suicide and for them the case is closed — so whom can she turn to for help?

Sometimes the person you need the most is the one you least expect to find, and in this case it’s none other than Ashford Egan, a blind middle-aged history professor, who’s more willing than most to listen to what she has to say.

Neve and Egan are as different as they come. She’s restless, careless at times, and fearless when the need arises, while he’s almost the complete opposite: a deep thinker with an analytical mind, a highly rational and collected individual.

As they enter the violent world of the Russian mafia, they must overcome their differences and learn to work together. It’s their only chance if they want to survive.

I skip lectures on Thursday morning and head for a shop which specialises in surveillance equipment. They have everything from miniature bugs to cameras hidden in pencils. I would never have thought that it could be legal for anyone to just enter their shop and buy such equipment, but apparently it is. The young clerk who serves me even goes as far as explaining in great detail which product is the best and why. Well... welcome to the twenty-first century, I suppose.

I take two microphones and two cameras. It’s not cheap and I cringe a little when I see the total. I guess I can always try to resell this equipment to some fellow students if I don’t end up using it. I’m sure I can find a few girls who’d love to keep close tabs on their boyfriends.

This was definitely a different type of mystery novel. Alexandra and Ashford (aka Neve and Egan) are the most unlikely duo I have ever come across. Even when they first hook up to do their sleuthing, it is a little hard to believe. Somehow, their differences serve to balance each other out and they are actually able to learn from each other.

Alexandra is convinced that her best friend didn't commit suicide, though the supposed evidence all points to that being true. She finds a list in a secret hiding place that gets her asking questions and leads to her hooking up with Egan. The next thing she knows, she is knee deep in the Russian Mafia and other shady groups with all kinds of twists and lots of action.

This is a shorter New Adult read that looks to be the beginning of a series featuring the professor and his student solving a bunch of mysteries together. 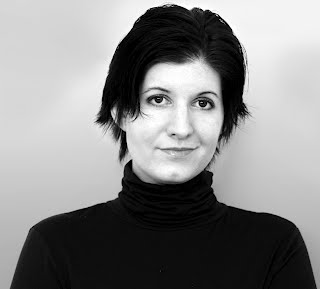 Cristelle Comby was born and raised in the French-speaking area of Switzerland, somewhere between Geneva and Lausanne, where she still resides.

Thanks to her insatiable thirst for American and British action films and television dramas, her English is fluent.

She attributes to her origins her ever-peaceful nature and her undying love for chocolate. She has a passion for art, which also includes an interest in drawing and acting.

Russian Dolls is her first new-adult novel, and she’s hard at work on the next titles in the series.

Find out more at www.cristelle-comby.com


Cristelle will be giving away one autographed copy of Russian Dolls to a randomly drawn commenter. Follow the tour for more chances to win!
Posted by Andi at 3:30 AM