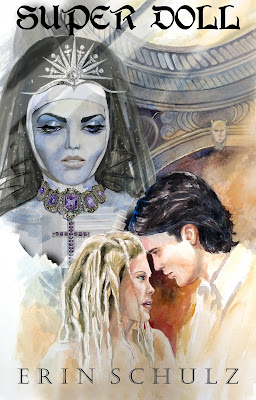 Rebellious 17-year-old Air Force brat, Ruth “Piper” Pfeiffer, has always dreamed of seeing the world. When she wins a contest to spend eight weeks on the mysterious Caribbean island of Carabajel studying Spanish she jumps at the chance. Carabajel is a stunning landscape, and her jet-set classmates are rich and glamorous, but nothing prepares her for a lurking darkness behind the island’s lush beauty. From the moment she lands on the island things are amiss. Haunted by a strange sense of déjà vu, she soon notices the locals are taken aback by her mere presence. Before long she finds herself a pawn between the islands two warring factions – the ruling leader, General Miguel Castillo, and Malfaedra, the high priestess of the Black Mariahs, an order of nuns who have turned to black magic. When General Castillo’s son, Julian, falls in love with her, Piper finds herself in a race against time and a hurricane to uncover the truth of her connection to Carabajel.


Our little airplane bursts through the cloud bank into the sun, conquering in a nanosecond the turbulence that has plagued us since takeoff. My window shade is open, and I'm accosted by the sudden change of light. Severe clear. An Air Force term from my dad's world.
Even though I'm seated in the last row, the solitary flight attendant rather thoughtfully serves me first. On the linen-covered tray rests an egg salad sandwich and a tiny piece of chocolate cake. It has been hours since my last meal, but I slide the tray table away from me and slump lower in my seat. I can't think about eating.
Not now.
Not after what happened.
"Are you okay, honey?" the flight attendant asks. She looks crisp and neat, her dark uniform pressed and tailored to her frame.
"The hurricane," I murmur. I don't know how else to explain my disheveled appearance. My clothes are soaked and tattered. My hair is a tangled, windblown mess.
She either misunderstands me or is being kind. Her smile, it is sympathetic. "Oh, don't worry," she says. "We're flying far ahead of it now. Your island will be fine, I'm sure." She pats my shoulder and moves on.
My island?
Was it ever mine? Could it still be?
With Julian, perhaps.
I clutch the black velvet pouch tighter in my palm. I think of the journal I left behind covered in black lace by Becky with love. Black velvet and black lace. Black sugar and black diamonds. Storm clouds over an island gone astray, an island missing from maps.
How did it all begin? One second, I was an ordinary military brat, dreaming big. "Dreaming of prairies without fences," my dad once said. The next second, I was somebody. But whom? The girlfriend of an uncrowned prince? The doppelganger of a dead island queen.
Or, alarmingly, someone much, much more. 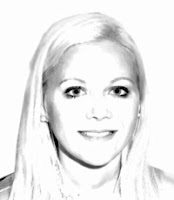 About the Author
Erin Schulz is an American writer from Newport, Rhode Island. She holds a baccalaureate in history from Fordham University in New York City and a postgraduate degree in international affairs from American University's School of International Service. She is also a graduate of the Swiss finishing school, Institut Villa Pierrefeu. She lives in California.

Email ThisBlogThis!Share to TwitterShare to FacebookShare to Pinterest
Labels: fantasy, YA Bound