Review of Love Spell by Mia Kerick with Giveaway

Welcome to the blog tour for Love Spell by Mia Kerick. Dive into the mind of Chance Cesar as he navigates the muddy waters of teenage love. I have an excerpt for you to check out, as well as my own reaction to the book. You can follow the tour for even more reviews. Leave a comment or a question for the author and be sure to enter the giveaway for a $10 gift card at the end!

This post contains affiliate links. Should you make a purchase through one, I may earn a small commission to support my websites at no additional cost to you. I also received a complimentary copy of this book in exchange for my honest review. All opinions are my own. 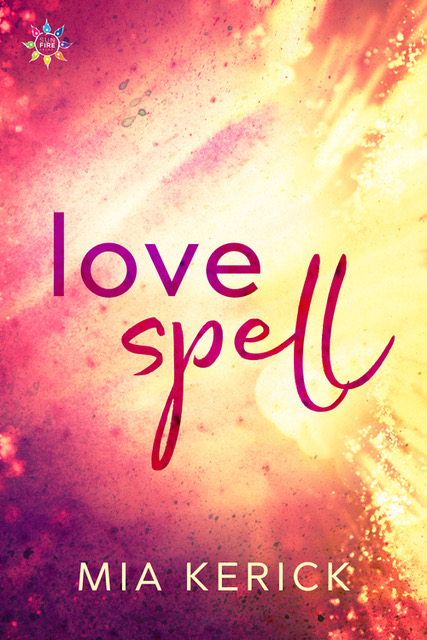 Having come to terms with being gay, Chance César is still uneasy with his gender identity, or, as he phrases it, “being stuck in the gray area between girl and boy.” This concern, however, doesn’t stop him from strutting his fabulous stuff on the catwalk in black patent leather pumps and a snug-in-all-the-right (wrong)-places orange tuxedo as the winner of this year’s Miss (ter) Harvest Moon Festival at the local Beans and Greens Farm’s annual fall celebration, serenaded by the enthusiastic catcalls of his BFF, Emily Benson. Although he refuses to visually fade into the background of his rural New Hampshire town, Chance is socially invisible—except when being tormented or beat up by familiar bullies. But when Chance, the Harvest Moon Festival’s mockingly-elected Pumpkin Pageant Queen, meets Jasper Donahue (Jazz), the legitimate winner of the Pumpkin Carving King contest, sparks fly. Chance wants to be noticed and admired and romantically embraced by Jazz, in all of his neon orange-haired glory.

And so at a sleepover, Chance and Emily conduct intense research on their laptop computers, and come up with an article in an online women’s magazine called “Ten Scientifically Proven Ways to Make a Man Fall in Love with You.” Along with a bonus love spell thrown in for good measure, it becomes the basis of their strategy to capture Jazz’s heart.

Quirky, comical, definitely “sickening” (this is a good thing), and with an inner core of poignancy, Love Spell celebrates the diversity of a gender-fluid teen.


At the end of the catwalk, I indulge the audience by providing them with their deepest desire. I stand there, still as a scarecrow—for ten seconds, give or take—so they can drink in the sight of me, from spiky glittering head to pointy patent leather toes. I allow them this rare opportunity for freeze-frame viewing pleasure. Whether they admire me for having the balls to strut around ultraconservative Fiske wearing a scandalously snug-in-all-the-wrong-(right)-places orange tuxedo and four-inch black pumps—which I will admit is a public first for me—or they wish the shining harvest moon would fall on my house and crush me while I sleep, what they all really want most is a good long moment to study me.

To twerk or not to twerk, that is the question.

**My thoughts**
I have read a couple of Mia Kerick's other novels and was excited to have the opportunity to check out this one as an ARC. I always feel like her characters are REAL and can completely envision the situations that they find themselves in. This story was no exception.

I will admit that Chance can be hard to take at times. He is super flamboyant, reminding me of some of my friends back in college. But this is also how he seems to try to have some control over a chaotic life where he is struggling to find his own identity. He doesn't identify as any of the specific categories that the community uses, so it is almost like he lacks definition. But at the same time, he doesn't want to belong to a pre-defined category. He wants to be himself, Chance Cesar. I admire his ability to stand up against the a-holes who relentlessly taunt him, even if it costs him. I hate that this kind of bullying persists in schools, but it's real.

When it comes to love, Chance struggles to find an identity that will help him land the guy of his dreams, Jazz. A traditional male-seeking-male approach doesn't quite work. So he and his best friend Emily turn to those lists that we women are encouraged to follow, thanks to Cosmo and all of those other magazines. Raise your hand if you ever followed one of those rules lists to try to land a man. (And if you didn't raise your hand, I don't believe you were ever a teenager seeking love.)

As an adult, we know that those lists are a bunch of crap, yet they persist in publications and lovesick people keep trying to follow them. Chance is no different than any of us. So despite his status as a gay male teenager, I think a lot of people can relate to him and his plight. It doesn't help that Jazz is acting like that guy who can't seem to make up his mind about he feels, either. Then again, Jazz has a lot of baggage in his life with a single mom who has to work two jobs and a younger sister, both requiring a lot of his attention. I can totally see why Chance wants to land him.

Emily has her own issues. She is super attached to Chance and will do anything for him. Her penchant for creating her own vocabulary reminds me of the girl in Mean Girls who is always trying to get everyone to say, "fetch." It's likely not going to catch on, but you may find yourself dropping a word or two in your own daily conversation. The two of them have a beautiful friendship and really do need each other. I'd almost like to see a spin-off story in Emily's world to see how she can cope with life and for her to explore her own low self-esteem issues and dreams of Julliard.

They go through a ridiculous array of rituals and schemes to try to make Jazz fall in love with Chance. The first-person narrative really takes you deep inside Chance's head and helps you really feel what he is feeling, and then some. You'll laugh, cry, wince, and be embarrassed all along the way as these teens try to navigate young love with some extra obstacles placed in their way. So I say take a chance (ba-dum-dum) on this book and others in Mia Kerick's library. It reads well and fast and really does seem to give some insight into the mind of one of today's teenagers. 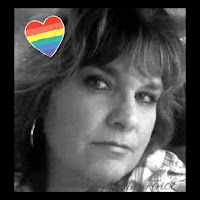 
Mia Kerick is the mother of four exceptional children—a daughter in law school, another a professional dancer, a third studying at Mia’s alma mater, Boston College, and her lone son off to Syracuse. She writes LGBTQ romance when not editing National Honor Society essays, offering opinions on college and law school applications, helping to create dance bios, and reviewing English papers. Her husband of twenty-four years has been told by many that he has the patience of Job, but don’t ask Mia about this, as it is a sensitive subject.

Mia focuses her stories on emotional growth in turbulent relationships. As she has a great affinity for the tortured hero, there is, at minimum, one in each book. As a teen, Mia filled spiral-bound notebooks with tales of said tortured heroes (most of whom happened to strongly resemble lead vocalists of 1980s big-hair bands) and stuffed them under her mattress for safekeeping. She is thankful to her wonderful publishers for providing alternate places to stash her stories.

Mia is a Progressive, a little bit too obsessed by politics, and cheers for each and every victory in the name of human rights. Her only major regret: never having taken typing or computer class in school, destining her to a life consumed with two-fingered pecking and constant prayer to the Gods of Technology.

Contact Mia at miakerick@gmail.com. Visit her at www.miakerickYA.com for updates on what is going on in Mia’s world, rants, music, parties, and pictures, and maybe even a little bit of inspiration.

GIVEAWAY
a Rafflecopter giveaway
Posted by Andi at 3:30 AM