Shore is a new YA contemporary fantasy by Enrique Rosado. He took some time out of his regular writing schedule to spend some time writing out answers to a bunch of interview questions about this book. So please enjoy and then download your copy of the book. It's on sale for 99 cents through 11/16! And of course, there's a great giveaway at the end, with five winners!

What kind of research did you have to do for this book?


The research was tricky at points. One was reallocating myself with the beach. My father has always loved the ocean. When we lived in Puerto Rico, we would always go to the beach, and he even went as far as sighing my brother and me up for classes the second he could (which was YOUNG to me)

The other is how surgeries are done. Let's say there is a scene where some “magical medical science” is applied. Even though its magic, I wanted to make sure it sounded plausible, to an extent.

Which character was your favorite to write?


Oh, this is a good one. It’s a toss-up between Lahar and Void. Lahar is the protagonist of the story, and I tried to create a change she must go through in her journey back home and constantly challenge her. Void, on the other hand, is the “villain” who doesn’t see himself as that. He was the most fun to write.
With Lahar, I got to push her to her limits and, where Void I had fun creating his layers that readers would want to try to peel back.

To which character did you relate the most?


Man, I didn’t think this would be the question to stump me. I try to put a bit of me in every character I write. Well the more I think about it, the more I come back to Lahar. She has this hunger to better herself. A want to stand on her own and not to be reliant on anyone but become that person people can rely on in her own way.

What was one of your favorite scenes?


I don’t know if this is cheating because its technically three chapters, but I see it as one scene. I won't give too much away, but it’s a moment where Lahar must confront the problems she feels responsible for all alone. During this scene, she is pushed to do something she never thought she would have to do and that will leave an impact that will be felt throughout the story. Plus, we a chapter I still remember writing today because it ended up being my favorite. I'll say the three names of the chapters so those who read it will get where I mean. “Deeper You Go” “Lullaby for a Puppet” and “Flight or Fight?”

Will we see these characters again?


Definitely, let's say you won't have to wait long for the sequel.

What do you hope people will get out of your book? How do you make yourself stand out in this genre?


Entertainment. Of course, want the readers to peel back the layers, symbols, themes and more I painstakingly put in this book, but at the end still say, "that was cool."

What makes myself different in the genre is what I choose to focus on. Many stories in my genre want to tell a grand epic, showing the world with vast history and world ending problems where the balance of all good and evil rely on this person. In no way am I saying that’s bad. Many stories I love are written like this, but I choose to pinpoint character and focus on the characters.

This book isn't on the fate of a nation or the world, but about a woman wanting to go back home. I want the characters to have problems that feel real. Fear of inadequacy, they want to teach someone new and make a friend, the haunting sensation of being watched.

I feel what connects us all to the stories we love are the people. A communal feeling, it is the same feeling that drives us to talk to the people we care about. I like to think I use fantasy elements and adventures not to dress up these interactions or to add flair, but to emphasizes the connection with the character and maybe with the people around us or just to ourselves. In a way, I want to tell small stories in a big way.

What are you currently reading? Up next on your TBR?


It’s called “The Other One” by Hasanthinka Sirisena. It’s a fantastic collection of short stories either set in Sri Lanka and America. Each one is powerful with some going to the dark places in humanity and even showing some light in those dark areas.

When not writing, what can we find you doing?


Is it cliché to say I’m always writing? I know it is but it’s true, I write a collection of short stories I post on my blog (erosado.com/blog) and on Tapas ( https://tapas.io/series/Internet-24) with more novels and other projects on the way. If not that I’m either cooking something new. I love to try to prepare meals from scratch. I also get on my ps4 to play Overwatch or whatever my brother and friends want to do. Currently, it’s the new Call of Duty Zombies. Lastly, I explore New York City as I just recently moved here. 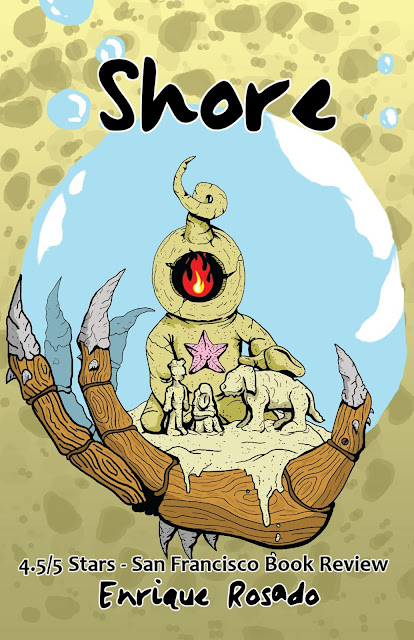 Lahar’s life was regular- college, work, then binge watch whatever was in her queue. That was until she woke up in a new land. She meets a young wizard named Arena, who has made a home on the beach. With the help of his massive dog and mystical creatures called wisps, she must find a way back home while she fights the forces of a monster who lives among them. Join this Fantasy adventure, with new creatures to see and adventures to be had.


"4.5/5 Stars ... a truly quirky and unique read that will be a new favorite for fantasy lovers." - San Francisco Book Review

The kindle edition is on sale for only $0.99 through November 16th. If you have Kindle Unlimited you will be able to read the book free anytime you want! 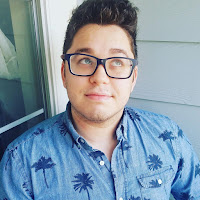 
I'm Enrique Rosado, a Puerto Rican who grew up on the island for a bit before landing in Killeen, Texas, a town that cultivated me and made me who I am today. Now I find myself in New York City writing any chance I get.